The book, as we know it, has been around for a very long time.

Here in the West we date printing from roughly 1440 when Gutenberg invented the printing press, however the Chinese invented movable clay type even earlier – in 1041. So that’s about 1000 years of print.

That long tradition of print on paper was broken long before the invention of the Kindle – think about reading, and writing, on personal computers – but mass market books that do not rely on paper most definitely date from the introduction of the Kindle.

None of this is news to us. One way or another, none of us would be self-publishing if not for the Kindle, and Amazon. But now that we’ve made the leap to non-paper books, we have to accept that the changes have only just begun. Print lasted for a thousand years. Ereaders are changing every year, and taking the whole idea of books along with them.

One new innovation I discovered recently is something called Booktrack. END_OF_DOCUMENT_TOKEN_TO_BE_REPLACED 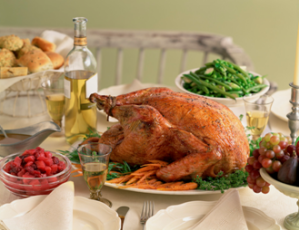 Whether you celebrate the American tradition of Thanksgiving or not, it is a good idea to stop once in a while and reflect upon the things in life for which you are thankful.

We are thankful for all of you – our friends, fans, and virtual families.

Thanks for stopping by here on your all-too-busy days. Thanks for sharing our posts with your friends and acquaintances. Thanks for  sharing your expertise and experience in wonderful guest posts and thoughtful commentary. Thanks for your support with donations, buying promotional services, gear, and books. Thanks for making Indies Unlimited such a cool place.

For those of you who do celebrate, we wish you a safe and happy Thanksgiving day. Enjoy your repast. Get some good rest. You’ll need it. Tomorrow is Black Friday! 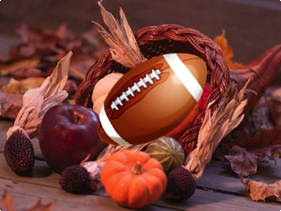 Gather around, children, and I will tell you the real story of the first Thanksgiving. You won’t find this one in any history books. Probably. If you do, you should get your money back.

A long time ago, before Columbus directed such notable films as Home Alone and Adventures in Babysitting, he set sail to the New World on his three ships, the Mayflower, the Titanic and the Andrea Dorian Gray. He had hoped to discover a shorter route to Hollywood. Instead, he landed on the eastern coast of what is now referred to as the rest of the United States.

Running low on supplies and facing a mutiny from his screenwriters, he established a colony. In this strange new land, the settlers were faced with many challenges: wardrobe shortages, poor quality catering, and witches.

Fearing a harsh winter and an increasing tax burden, Columbus sent his two bravest and most expendable scouts, Lewis and Clark, on a Westward trek to find the fabled city of cornchips, El Dorito. Of course, you know this expedition as the Donner Party, which was named after the lead reindeer pulling their toboggan.

Lacking even rudimentary GPS, Lewis and Clark quickly wandered off course and ended up in Louisiana, where they made a purchase. History does not record the exact details of this “Louisiana Purchase,” but what we do know is that neither explorer returned with any Mardi Gras beads. Draw your own conclusions.

It looked like all hope was lost for the settlement. They had no funds left with which to pay their cable bills, and had to resort to witch trials as a form of entertainment. This activity quickly got out of hand and eventually became what we know today as reality television.

Finally taking pity on the plight of these newcomers, the Cleveland Indians helped the colonists relocate to Ohio. To show their thanks, Columbus and his crew introduced the game of football to the New World.

Every November since, we have set aside a day to give thanks for the invention of football, celebrating with a feast and a nap. The traditional entree is turkey. This bird got its name from an epithet critics used to describe some of Columbus’ less successful films.

And THAT is the real story of the birth of a great American tradition. Have a safe and happy Thanksgiving!