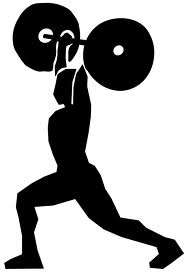 If you have ever had a book published by a mainstream publisher you will know that the publishing house generally takes care of most things in regards to polishing your manuscript and preparing it for public consumption. Depending on the publisher in question, they may have performed a better or worse job on any, or all, of the tasks that contribute to the success or failure of your masterpiece.

If you have been fortunate enough to secure a contract with one of the Big Six, the ePublishing agenda will probably be tied in with the digital rights of your contract. If you have not already secured a contract with one of the Big Six your chances of being taken on by any of them now are probably more remote than ever. The Big Six are of course sticking with their tried and proven, established, best-selling authors, taking fewer and fewer chances on unproven newcomers.

Established writers simply leave the mechanisms of ePublishing to their mainstream publisher. If you are not with a mainstream publisher you do need to secure the services of a professional editor before uploading your treasured manuscript. If your work isn’t professionally edited, you are not only doing a disservice to yourself, you are bringing independent publishing into disrepute; and we are already fighting an uphill battle for respectability.

As an independent ePublisher all of the above tasks: editing, polishing, distribution and publicity are all your responsibility; along with the artwork: book covers, photos or any kind of graphs et cetera. This doesn’t necessarily mean that you have to actually, physically, do them yourself; however it does mean that you have to make sure they get done properly!

Then of course there’s the time taken to upload, upload, and upload again as you struggle with poor and misleading instructions. Of course, before you jump through the hoops of your chosen eBook distributer, DON’T FORGET TO EDIT.

When you’ve had your book professionally edited and it’s ready to go… Then the fun begins, because even though you’ve been through the process and reached the final edit stage for a print book, to ePublish it you will now need to take all the formatting out, in preparation for the E-P-U-B Converter. Every one of the ePublishing distributors has a different system. As with anything else, there are people and organisations out there that will do the job for you, for a price; in fact most of the major distributors offer this service, and the price depends on how much you want them to do for you.

Readying your masterpiece for upload to the EPUB converter depends on the distributor of your choice; however they do have things in common: single spacing and, in most cases, only a three font selection: Arial, Times New Roman, Garamond. Lulu allows two heading options; every time there is a new heading the Lulu converter gives you a new page. With Smashwords you don’t get new pages for the beginning of chapters, it just runs on. Amazon is different again. They are all different.

After that you get a ‘Congratulations you are now published!’ email; remember the gatekeeper is a machine. You may have inadvertently used something in your original manuscript that the EPUB converter does not recognise. For instance: I use an em dash to indicate when dialogue has been interrupted by something or some one; one EPUB converter turned every em dash into a box with a diagonal cross in it. So, even after the converter has said, ‘Congratulations!’ download and check everything.

ePublishing is a relatively new concept that is very quickly redesigning the whole literary world. There are many positive aspects of the eReading evolution. Suddenly, we have a cost-free way of getting published. Cost-free, that is, if you put no value on the time and effort taken to reformat your work for the ePublisher of your choice.

15 thoughts on “eReady and eAble”