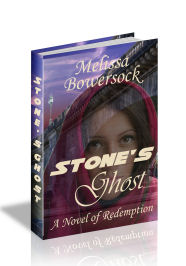 On February 2, The Guardian ran a story about J. K. Rowling admitting she erred when she had Hermoine end up with Ron rather than Harry Potter. In the article, she is quoted as saying, “I wrote the Hermione-Ron relationship as a form of wish fulfillment. That’s how it was conceived, really. For reasons that have very little to do with literature and far more to do with me clinging to the plot as I first imagined it, Hermione ended up with Ron.”

I imagine a ton of Harry Potter fans were extremely angry over this pairing, and to my mind, they were absolutely right. I don’t think betrayal would be too strong a word to use here. The chemistry between Hermoine and Ron was never of the type or the depth as that between her and Harry, so to toss in a curve ball like that is just dead wrong.

And I understand entirely why she did it.

In one of my latest books, Stone’s Ghost, I had the ending and the last line written before I had the first chapter done. The last line was a one-word text from the main character to his girlfriend, and it brought the story full circle and ended on an upbeat note. I really, really liked this ending.

Then I finished the rest of the book, guiding it down to those last few paragraphs, only to find that my ending didn’t fit.

But I liked that ending. I tried to shoehorn it in. I rewrote the last page over and over, changing the build-up, trying to twist the story to fit my image of the end. It was like trying to fit a piece of two-by-four into a long, elegant section of crown molding.

I finally had to admit defeat. I finally had to own up to the fact that my ending was not right for the story. It ended the story on a cheap shot, a sharp left turn from nowhere, and it brought with it no sense of satisfaction, of completion, of resolution.

I knew I had to throw it out.

But it wasn’t easy. I let the book lie untouched for a couple of days, let the chatter in my head die down as I slowly got used to the idea of not using my prize ending. Then I went back, deleted the last two pages and started in again.

Only this time, I let the story dictate the ending.

I’ve blogged before about how writing is like building a wall, each sentence building on the one that came before, each sentence providing the foundation for the one to come. This time when I wrote, I let that happen. The direction of the story, the tone, the tilt, the emotion, all guided me to the ending that it needed to have. It was not something I would have envisioned before, but this time, when I wrote the end, it worked. I knew as soon as I typed the last period that this ending was it — the best, the only, the perfect fulfillment of a great story.

And of course at this point, I was perfectly happy to leave my original ending in the waste basket now that I had the one the story needed, but it was tough for a while. It’s funny how we can get so attached to one idea that it’s almost painful letting it go, but at some point we writers have to realize that we aren’t writing for ourselves. We’re writing for the story. That’s our lord and master, and our egos have to take a back seat to that. To do anything less is cheating the story, cheating the characters — and, ultimately, cheating our readers, as Rowling found out.

The only place for wishful thinking like that is in our private journals, written by flashlight in the dead of night, never to see the light of day.

Everything else must serve the story.

[You can read Serving the Story Part 2 by clicking here.]

28 thoughts on “Serving the Story”