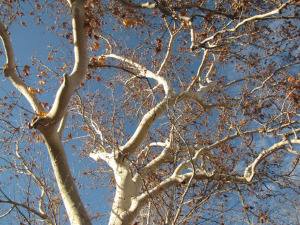 In an earlier post, I talked about how the ending — indeed, every part — must serve the story. It may not be obvious, but we writers may actually have several forces tugging at us, and they often don’t agree in either intent or methodology. We have the story, of course. The story is what drives us; it’s what inhabits us until we get it down. In most cases, I would say that the story is outside of us, even though it’s inside of us. What I mean is that it’s not ours — it doesn’t belong to us. It belongs to the characters; it belongs to the theme. All we are doing is writing it down.

But then there’s another force to be reckoned with, and that is ours; it’s the ideas we come up with consciously that may or may not fit the story. As I said in my earlier post, what sparked this whole discussion was J. K. Rowling’s confession that it was her idea for Hermoine to end up with Ron instead of Harry Potter, and her feeling was that the story did not dictate that. In this particular case, her own idea was at odds with the story, and her inclusion of that idea felt out of place. (There was quite a discussion about whether or not the Hermoine-Ron pairing worked for readers, but that’s another topic.)

In that earlier post of mine, I talked about how I struggled with the ending of the book Stone’s Ghost, because I had an end in mind that I liked, yet when I got to the end of the book, my ending didn’t fit. I really tried to shoehorn it in, but after several failed attempts I finally had to give it up and let the story tell me how it should end. And it did.

Enter my latest. I was coming down to the last scene, the major climax, the final resolution. And I didn’t have a clue how it was going to end. Now like many of us, I’m a pantser, not a plotter. I have a broad idea of how things are going to go, but I let the details take care of themselves as I write. Usually, though, I have a pretty good idea of what the ending is going to be like. With this new one, I realized I was writing my way into the final scene and had no frikkin’ idea how it was going to go.

I had three half-baked ideas about how the story could resolve itself. I had favored Ending #1 way back when I started; the closer I got, the more I leaned toward Ending #2. Ending #3 was kind of lurking in the shadows, but I’d never gotten terribly excited about that one, so it was just barely in the running. On top of that, I also had about three or four different ways in which each one of those ideas could develop toward the conclusion, so in all I had about twelve different directions I could go.

In the final scene, my Main Character #1 (MC1) is on a mission to confront Main Character #2 (MC2). Here’s where the dance begins.
MC1 asks a question. (Is she polite, solicitous, gentle? Or is she confident, expectant?)
MC2 answers. (Is he helpful, willing? Or cautious? Evasive?)
MC1 asks another question, a more leading question. (Is she still polite? Or is she getting demanding?)
MC2 hesitates, but answers. (Is he suspicious? Is he getting angry? Or just confused?)

As you can see, each statement invites a range of responses, and each one of those responses can elicit another range of responses. It’s like a tree growing, sending out branches in every direction, and each branch has its own branches that wind off here or there. There’s no end to the combinations. If you could figure it out mathematically, you’d probably have thousands of different directions you could go, depending on each character’s response to the last statement of the other. How the heck do you know which way to go?

Let the characters tell you. When I was writing this, I wrote MC1’s statement/question, then I considered all the ways MC2 might respond. I picked the one that seemed to fit best for him at that particular moment. Then, after his response, I did the same with MC1 — what possible responses might she have? Why? How was she feeling? Where was she going? I paid close attention to how the emotions were ramping up. The progression had to be logical. There’s nothing worse than having a character go from emotion A to emotion Z with no transition in between. I had to let the emotions grow throughout the exchange.

Finally after many starts and stops, much testing of the different directions, two steps forward and one step back, I realized that my progression was pointing toward Ending #1. I was a little disappointed; Ending #2 had much more drama to it, was much bigger, more exciting. But the characters demanded Ending #1. Trying to plug Ending #2 in there would have felt like taking a wrecking ball to the last chapter and punching a big hole in it. Surprised but somehow relieved — I also realized Ending #2 felt more like a popcorn movie ending — I finished up the scene.

It felt good; it felt logical. It flowed organically. It’s what the story and the characters called for.