I live in a glass house it sometimes seems and some people sure do like to throw stones. I’m a writer, you see, and unlike a painter almost everyone thinks they can do what I do.  After all, we all learned to write in grade school. Even worse, I’m an independent writer and people make assumptions about that. Personally, I don’t have any complaints there, it’s part of the job, but lately it seems almost habit for some people to add the line ‘it needed and editor for spelling and gramatical errors’ to every indie writer review. (That, by the way, is a direct quote from a review.)

Now, I’ll be the first to admit I’m not perfect and we all know things get missed sometimes. I’m also not one of those people who runs around pointing out that a lot of traditionally published books have mistakes and typos. They happen, and I’m not in a competition to see who commits the least or most. If you’ve seen some of those examples of how the eye and mind can translate words created with numbers or dramatic spelling errors you can understand how it can happen. I’ve also always advocated that a writer should even read bad reviews (although oddly, this one was a good one) to be sure you’re not ignoring a real problem. But it’s hard to take criticism on spelling and grammar from someone who clearly has a bigger problem with both, especially when the review is laced with text speak. I’m sure u understand. (I also have to wonder, have they seen so much bad spelling that they can’t tell when a word is spelled correctly?) Another commented that you can’t have sentences without a verb. Like this one. Used in the proper context, for effect, or when the verb is implied, of course you can. Which just tells me someone wasn’t paying attention in their creative writing classes. These kind of reviews have happened often enough to me and other writers that I have to wonder if that assumption hasn’t just become habit – ‘All indie writers need an editor.’  Some do, yes, but many others have them yet still face the criticism. Or if people really need to be critical. 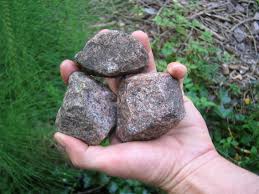 I don’t know how to change the perception but I do wish people would stop saying it when they need to look at themselves. People in glass houses shouldn’t throw stones

Make no mistake, I really appreciate the folks who take the time to write a review and I thank everyone who does, but please don’t hold me to a standard higher than you hold yourself. If your review is riddled with spelling and grammar mistakes it’s difficult for me to take you seriously when you criticize mine. Better yet, be sure  they really are mistakes or else just don’t say it.

(By the way, this was written in a colloquial, conversational style and should be read with that in mind.)

Valerie Douglas is a contributing Author for Indies Unlimited and the writer of the epic fantasy series The Coming Storm and the contemporary romance series The Millersburg Quartet. For more information please see the IU Bio page, her blog http://valeriedouglasbooks.blogspot.com or visit her web page http://www.valeriedouglasbooks.com/ .