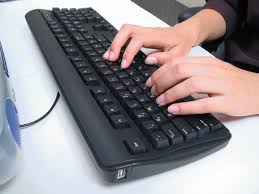 I remember the first time I was asked that question. It was during an interview and I thought to myself…now that’s a silly question! Looking back on it now, I don’t think so.

When I approached retirement, I thought how lovely it would be to paint landscapes, practice the piano, garden–I even bought a sewing machine so I could be creative that way, as I had been when I was a young mother. Then it happened! That simple statement from a friend that brought my whole idea of retirement crashing down around me.

If you’ve read “Where is Harry?”, my first novel and part 1 of my Chicago Trilogy, “Intersections: Love, Betrayal, Murder”, you know some of this already. Here’s the whole story!

My mom was born in 1904 to parents she would lose by the time she was 3 years old. She had few memories: her mother brushing her long brown hair, her father setting mom’s broken arm, her brother (Harry) carrying her on his shoulders to take her fishing, and the saddest of all–her sister dying in their shared bed. In later years, when I suggested that, at age 89, she might still be able to find Harry alive, or at least his children, she was horrified! I couldn’t understand her reaction–still don’t really! I urged her that I would research and find him for her, but she was adamant. When I asked her much later, she revealed that she had one other memory she’d never shared–her father in some sort of uniform, but she had no idea what kind it was. She was afraid she would find out something she didn’t want to know. I’ll never know what! She died at 92, having made me swear an oath that I wouldn’t search for her family history.

Mom and her brother were separated–the only survivors of a dreaded scarlet fever epidemic–and put into foster homes, never to see one another again. Mom was raised with little or no nurturing, treated like a servant, and, at age 16 was asked if she wanted to be adopted. She turned them down flat (she always was a spunky little thing).

Let me digress for just a moment to say that I have always been a right-brained person! I loved to sketch in charcoal as a kid and did portraits of my friends and pets. I danced–clumsily–for 6 years of classes and recitals. I had absolutely NO rhythm, a problem that plaques me to this day. Gave it up for guitar lesson–too small to hold down the strings sufficiently; accordion–too boring; and finally, piano! I loved piano–was never going to really be any good at it–that rhythm thing again, I simply could not keep time! I could copy what I heard, but couldn’t translate from the page to my brain to my hands.

I put away my right brain after 3 years of piano lessons, playing only for myself and my mom listening in the next room. Than came marriage, children, divorce, marriage, divorce, years of earning a living as a secretary, assistant to many men of position in various corporations. My poor right brain was ready to explode from lack of use! Then–COMPUTERS! I was in heaven. I learned to program, to set up LANs, install software–and I was good at it!

I dreamed of working for IBM–be careful what you dream for and how you ask! I finally got a temp job at IBM–as a secretary. After a few years of drudgery (I say this with nothing against secretaries–they’re the backbone of any company and anyone who tells you different doesn’t know what they’re talking about–it just wasn’t what I wanted to be when I grew up, but I didn’t know what that was yet) and a department buyout, my right brain was again given that chance at computer work. A very astute executive recognized what I was capable of doing and gave me an assignment–wait for it–writing process documentation! My poor little right brain just nearly went ballistic. I wrote and I wrote and I wrote–got the job done so fast that even the executive couldn’t believe it! Okay, so enough of the background…back to our subject!

When my mom died, I found out some interesting information–she’d been married before she married my dad at age 18! Well, lay this on someone with a right brain that has headed toward writing and what do you get? Imaginary tales of what had happened before she met dad flooded my brain. One day, I shared one of these fantasies with a friend and she said, “Linda, you should write a book!”. Now I was not naive enough to believe that I was the only person who had been given this suggestion. I kind of brushed it off. Later, I thought about it more and more. I got out a pad of paper (I had sworn not to buy a computer until I retired–I’m also OCD and knew I’d never get off the damned thing) and wrote until I thought my arm would drop off.

I had no idea how to get it published, but I knew I had to get it typed on a computer first. One step at a time, Linda! I kept repeating that to myself over the next few months, believe me! After a few days of writing incessantly, I finally bit the bullet and went to Circuit City and came home with my first PC!

From beginning to end “Harry” published within two months of my first scratching on that pad and I hadn’t even retired yet!

I knew I needed to keep writing. I asked people who their favorite character was and kept hearing “Claire”. So I sat down to that PC and wrote “Claire: A Woman’s Journey – NY Heiress~Chicago Madam”. By the fall of the year of my retirement, I was writing what I now realized was part 3 of a trilogy. So I published “Intersections: Love, Betrayal, Murder” complete with Richard’s story (he was my favorite character and I recently published his story as a stand-alone).

So…there you have it. This is why I write. I’m driven. It fulfills a need in me that even my art never has. My paint brushes sit dry and unused, the sewing machine still doesn’t have thread in it, the piano has been played twice in the 4 years I’ve owned it. But, I’ve gone through one PC and two laptops! I have 10 books published, one in final edit, one in preliminary edit, one just begun, and enough characters in my head to man an army.

I’m just waiting for the next time someone asks me that question. I’m going to pat them on the back and say, “Have you read my blog?”

This article first appeared on the author’s blog on 8-20-2011, and is used here with the permission of the author. The link to the original article can be found here.

10 thoughts on “Why I Write, by Linda Rae Blair”