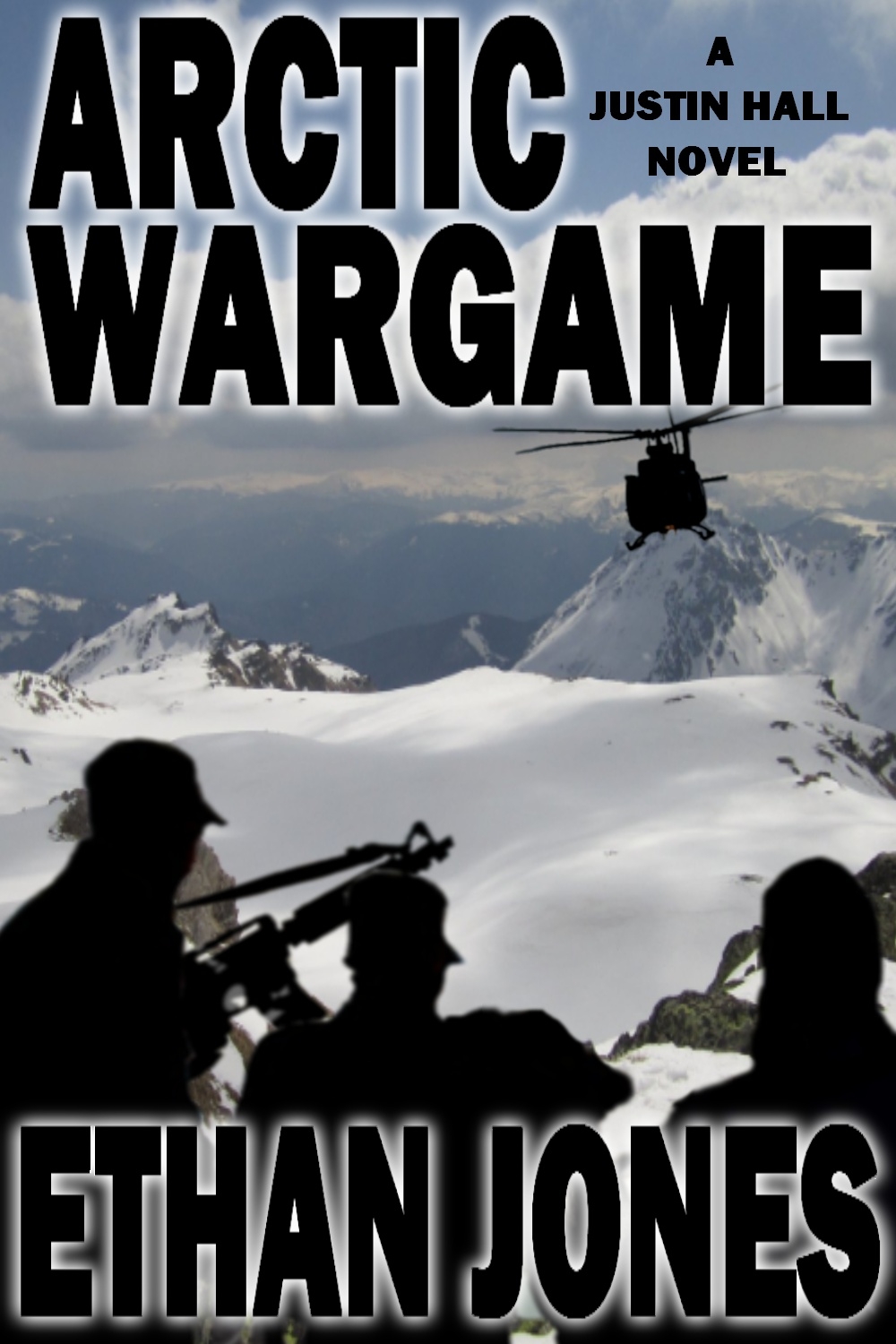 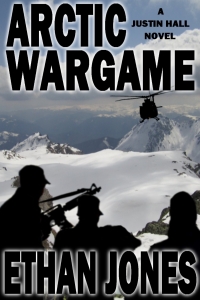 Today we have a sneak peek of Ethan Jones’ spy thriller, Arctic Wargame:

When two foreign icebreakers appear in Canadian Arctic waters, Justin volunteers for the reconnaissance mission, eager to return to the field. His team discovers a foreign weapons cache in the Arctic, but they are not aware a spy has infiltrated the Department of National Defence.

The team begins to unravel a treasonous plan against Canada, but they fall under attack from one of their own. Now the team must survive the deadly Arctic not only to save themselves, but their country.

Arctic Wargame is available from Amazon.com for Kindle and in Paperback.

And now, from Arctic Wargame…

The sand dunes sank into darkness as a curtain of clouds dimmed the glow of the crescent moon. Justin limped closer to the small barred window of his prison cell. His bruised chest pressed against the rough surface of the bloodstained wall. He squinted and tried to stand on his toes for a better look. The rusty shackles clawed against the scarred skin of his ankles, and the heavy chain rattled on the cement floor.

“Quiet. Be quiet, you bastard infidel,” a guard growled in Arabic from down the shadowy prison hallway.

Justin stood still and drew in a deep breath, the cold night air of the Sahara desert filling his heaving lungs. Everything went silent again. No rapid steps rushing to his cell. No swearing bellowed by other inmates. He lifted his head, wrapped his free hands around the iron bars, and clenched his teeth, ignoring the jolts of pain from his fingers. With his eyes about an inch over the windowsill, Justin scoped the landscape, searching for the long-awaited rescue team.

Abdul, his connection within Libya’s Internal Security Agency who lay in the cell next door, had confirmed their escape was to take place early that morning. Their previous attempt the night before had failed, despite the inside help of one of the terrorists. Justin hoped this time their plan would be executed with no glitches.

At first, he noticed nothing except the rugged outlines of the steep dunes and the whitewashed walls of the sleepy town. Straining his eyes, he peered again. A small shadow slithered toward the prison wall. Justin blinked to clear his vision and stared at the approaching figure.

Bent at the waist, the shadow advanced at a rapid pace. It quickly disappeared from his sight, and he wondered whether the man had encountered a guard.

Justin’s heart pounded. He placed his ear to the wall and sensed a low grating noise. Someone, the shadow he hoped, was scaling the wall.

The window was at least twelve feet above the ground. He wondered how long it would take the shadow to reach it. A long minute dragged by and Justin was still alone. He breathed faster and faster and urged the man on the freedom side of the wall to make good time.

Finally, a hushed voice whispered in Arabic, “Abdul, Abdul, it’s me, Bashir. You there?”

“In the other cell, around the corner, but that one has no window.”

“When did they move him?”

“A few hours ago, after they gave him a good beating.”

Bashir went silent for a moment. Justin looked up, but could not see the man’s face through the window. He asked slowly, “Bashir?”

A few seconds later, he heard a scraping sound. Bashir was offering him a large metal key through the window bars. “That’s for the shackles,” Bashir said.