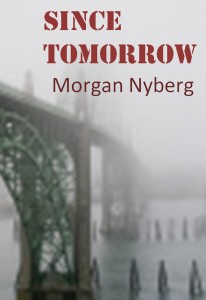 Since Tomorrow
by Morgan Nyberg
Available from Amazon US and Amazon UK.

“…a magnificent book that lays out an exquisitely formed vision of a broken world.”
—A.F. Stewart

Like Cormac McCarthy’s The Road, Since Tomorrow demonstrates that there is room in the post-apocalyptic genre for the highest quality writing.