World Book Night was the product of a round table discussion at London’s Book Industry Conference in May 2010, the purpose of which was to imagine a way to encourage more adults to read. What better way to spread a love for reading than to inspire passionate readers to go out into their communities and share copies of their favorite books with those who don’t regularly read? Giving is an incredibly powerful part of our culture—and culture, art, and a writers’ talent are all themselves ‘gifts.’ END_OF_DOCUMENT_TOKEN_TO_BE_REPLACED

Melinda Clayton’s Cedar Hollow series takes readers on a journey into mid-century Appalachian life, with complex and flawed characters rendered as hard and real as the edge of a knife. Set in the rustic and rugged mountain country, Clayton’s writing gives voice to the anguish and triumphs of the human spirit and the challenges of poverty and prejudice in a lawless land. 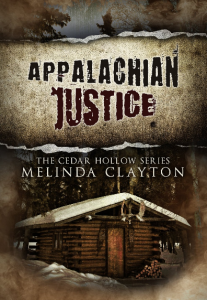 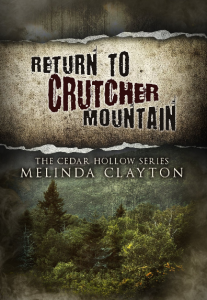 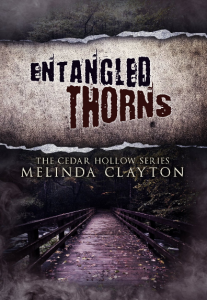 Billy May Platte is a half Irish, half Cherokee Appalachian woman who learned the hard way that 1940s West Virginia was no place to be different. In 1945, when Billy May was fourteen years old and orphaned, three local boys witnessed an incident in which Billy May’s sexuality was called into question. Determined to teach her a lesson she would never forget, they orchestrated a brutal attack that changed the dynamics of the tiny coal mining village of Cedar Hollow, West Virginia forever.

A 2013 finalist for the University of North Carolina-Wilmington’s Synergy Program, a Global Ebook Gold Medal Winner in 2013, and Sapphic Readers Book Club Book of the Year in 2011 (under a different imprint), Appalachian Justice is a work of southern fiction that delves into social issues such as poverty, domestic violence, misogyny, and sexual orientation. Ultimately, however, Appalachian Justice delivers a message of hope.

No one with Jessie’s history of childhood trauma could make it through unscathed, and Jessie is no exception. At the age of thirteen, on a stormy night on top of Crutcher Mountain, Jessie was rescued by reclusive mountain woman Billy May Platte. Little does she know, Billy May’s dying wish may just bring her the peace she so desires.

As Jessie searches for answers, she must open her heart to the truths she discovers and place her trust in a lonely little boy. It’s only by doing so that she can save herself.

Beth Sloan grew up hard, surrounded not only by homemade stills and corn liquor. Her impoverished family more often than not preferred life on the wrong side of the law.

After the mysterious death of her brother Luke, seventeen year old Beth and her younger sister Naomi ran away from home, never to return. As the years passed, Beth suppressed the painful memories and managed to create a comfortable, if troubled, life with her husband Mark and their two children in an upscale suburb outside of Memphis, Tennessee.

But the arrival of an unwelcome letter threatens to change all that.

Now Beth must risk everything to face the truth about what really happened to Luke that long ago summer night.

I may or may not have had a birthday this week. I’ll never tell. But if I did have a birthday, I might be inclined to put a wishlist together. Since my life revolves around being a writer – you guessed it – my wishlist is pretty much writerly dominated. Here’s what I want – and what I shall stomp my feet in a fitting tantrum until I get – in no particular order. END_OF_DOCUMENT_TOKEN_TO_BE_REPLACED