Now in its second year, the Fiction Desk Flash Fiction Competition is open for stories from 250-1,000 words.

Deadline is January 31, 2014. For more information, please visit their website. 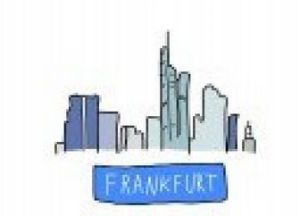 The Frankfurt Book Fair wrapped up last week, touted as the biggest marketplace in publishing. Well, 300,000 attendees must not be wrong! Perhaps the biggest surprise of the conference was the greater role of self-publishing among the traditional publishing giants.

In fact, an editor from Publishers Weekly proclaimed, “The self publishing discussion is the only conversation we need to be having today.”

Here are some of the important discussion points that culminated with a two-hour panel conversation on self-publishing. END_OF_DOCUMENT_TOKEN_TO_BE_REPLACED 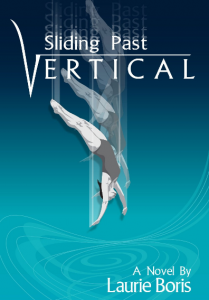 As part of the release of Sliding Past Vertical, Laurie Boris’ new novel, Goodreads is hosting a giveaway of five signed paperback copies.

In this literary romance, Sarah Cohen is a walking disaster. She means well, but the ex-diver’s hasty decisions wreak havoc on her life in Boston. Good thing Emerson is a phone call away in Syracuse, with a metaphorical mop to clean up the mess. Their long-distance friendship can be excruciating for him, though. Years after they shared a brief college romance, he’s still in love with her. When everything goes wrong, Sarah takes another plunge: back to the scene of her last mistake, to start fresh. Unfortunately for Emerson, the move puts her too close for comfort. Her attempts to straighten her life’s trajectory are sometimes amusing and sometimes catastrophic. With Sarah around, is anyone safe?

Head over to Goodreads to enter. The giveaway is valid for US and Canada only and ends on October 25.

There’s nothing that says Fall more than hot apple cider and a good book. And maybe a Snuggie. Or not. In any case, check out these five new releases…

The Rockets’ Red Glare is available through Amazon.com and Amazon UK.

Sliding Past Vertical by Laurie Boris

An ex-diver attempts to correct the awkward trajectory of her twenties by returning to the scene of her last mistake, which puts her too close to her old college love for his comfort.

Sliding Past Vertical is available through Amazon.com and Amazon UK.

Before the Chase by Dara Fogel

Magic, mystery and strange technology beckon from beyond the limits of history and belief.

Before the Chase is available at Amazon.com, Smashwords, and Amazon UK.

Five Quickies for Roger and Suzanne by Jerold Last

Five Quickies for Roger and Suzanne is an anthology of short stories featuring characters from the popular South American mystery series.

Five Quickies for Roger and Suzanne is available at Amazon.com and Amazon UK.

Before by Melissa Pearl

Before is available at Amazon.com, Smashwords, and Amazon UK.