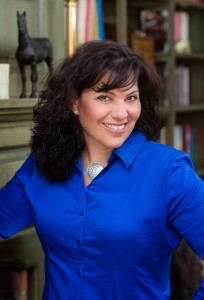 You have a manuscript and obviously you like it. You would read it, right? And you are the perfect target audience. So others would like it too. That’s what I told myself. I hadn’t planned on writing a book. I did it to occupy myself during sleepless nights and VOILA! Look what happened. I wrote a whole book. And I had not one clue what to do with it.

I researched some and bought The Writer’s Market. I found out I can’t write a synopsis to save my life and I’m a little bit lazy. Ok a lot bit lazy. Self-Publishing was on the rise. It caught my interest because – did I mention I’m lazy? And I’m also impatient. Never before had those two qualities ever worked in my favor. But this time they did.

I found a publisher or I bought one – you choose how that sentence should read. I paid them to edit, do a cover, and print 1000 books. That’s not a lot is it? 40 boxes were delivered to my door. I was excited holding MY book – oh boy – MY BOOK, when my husband said, “How the hell are you going to pimp all these? We don’t have room to store 40 boxes!” There went my adrenaline rush. Thanks Babe for allowing me those 30 seconds of bliss.

But what he said had hit home. How was I going to pimp out 1000 books and recoup the couple grand I had invested?

I was really ignorant of the book world. I don’t even know if Kindle existed then. Needless to say, my book wasn’t available on it. My publisher was a little old school and I didn’t know the difference. I didn’t even know about selling paperbacks on Amazon. Selling these books was all on me.

Now here is where the story gets good. Because I had no prior book world knowledge, I didn’t know about “them”. Which meant, I had no rules to go by. Everything was fair game. My only mission was to sell at least 500 books to break even. So I set out on my journey.

My first book signing was actually my mother’s idea. She had weaved her way into the abundant art community that was around us. She was instrumental in a brand new gallery opening and asked if I could piggyback their event. I had two days to prepare. I had no idea what I needed but I went to Staples and had a poster made. I was so proud of myself. I had a poster! I was feeling really big time.

So, my mother and I, along with my husband for moral support, went to a gallery opening where I sat with my table, my books spread out, an easel with my color poster, and that fab Monte Blanc pen I was gifted for graduating college. Hey, nothing says you have arrived more than signing your own book with a kick-butt pen. And nothing says ‘you have no idea what you are doing’ more than when the first $20 bill comes your way and you realize you didn’t bring money for change. I survived obviously thanks to my husband’s wallet. 42 book sales later, I went home with my color poster thinking it was the best $20 I ever spent.

What I learned was any place is a good place to sell books as long as it has lots of people. Men buy books for the women in their lives. I had not thought about men. But they know women readers (my target audience). So I had to tweak #1 on my game plan. I tweaked #2 to say find groups of people, any people. This led me to bowling alleys. Generally I asked for the women’s league but as long as they didn’t care how long I stayed – I stayed. Liquor stores during holidays are awesome. I went to retirement communities and spoke to book clubs. I called the local libraries who are always willing to hold a book talk. Every opportunity I could think of, I called and asked. #4 on my game plan was the winning bullet point. DON’T BE SHY.

They say ignorance is bliss and in my case it was. I didn’t know I was supposed to be caught up in a bunch of protocol. I was focused on making my money back so I could fund my next book. Which I did and had money left over. I think that’s called profit. Who would have thought? Certainly not “them”.

Susan Marmo is the author of For the Rest of My Life and Just Sophie, an Amazon.com #1 bestselling book. She lives on the Eastern Shore of Maryland and when she’s not enjoying scented candles, making ice cream, thwarting international incidents, or causing international incidents, she’s writing romance. You can learn more about Susan on her website and her Amazon Author Central page.