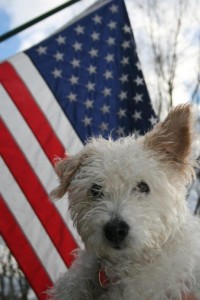 Vigilante detective Emily Stone hunts down serial killers and child abductors, covertly and under the law enforcement radar, using her intrinsic skills of criminal profiling and forensic investigation. With Stone’s toughest case yet, an arson serial killer immediately crossed her path and sent her into the dark territory of a lethal pyromaniac’s mind – to the point of no return.

Dead Burn, the crime thriller by Jennifer Chase, is available from Amazon, Smashwords, and Amazon UK.

Genre fiction, originally referred to as popular fiction, has been around as long as there has been literature.

Here we are at the beginning of 2014 and countless changes have taken place, many since the turn of this century. On the literary scene it would seem we are in a state of constant change; the publishing aspect alone has been undergoing radical change, so quickly that it is almost impossible to describe before it morphs into something different again.

Some of the other changes include the increasing number of genre labels that sometimes seem to me a little obscure, with the assignment to the various categories certainly more subjective than objective. At least we do seem to have some say in regard to the classification of those constantly splintering genres, with a degree of choice as to where we might look for those readers: the ones lurking in their enclaves, waiting to discover and, of course, appreciate our literary endeavours. As Indies, we are free to write across whatever genres we choose but, by pigeonholing our work, are we selling ourselves short? END_OF_DOCUMENT_TOKEN_TO_BE_REPLACED