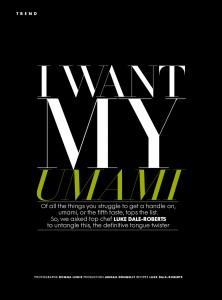 As a result of the heavy response to my post last month I contacted Goodreads. I sent them both the Indies Unlimited post and a formal request to add a coupon option to their giveaway contests. I received a response, friendly and professional, that GR is always looking to improve their programs. They thanked me for my e-mail, but did not commit to adding a coupon at this point. Since we have their attention, I encourage all IU readers who agree with my post to send an e-mail to Goodreads management in support of this marketing request. Let’s keep the ball rolling and achieve our objective—increased visibility and sales following a Goodreads Giveaway. And now, as I often do, I am about to make a sharp right turn.

This month’s post is about a subject that has been rolling around in my head for weeks. Do you know what umami is? I’ll bet it’s not what you think. Umami has nothing to do with beta readers or proper formatting. It is not a protective spell you chant to shield yourself from the latest publishing scam. It is not the name of a cutting-edge fashion designer from Japan. And whether or not you realize it, your story has a flavor profile that may or may not include umami. END_OF_DOCUMENT_TOKEN_TO_BE_REPLACED 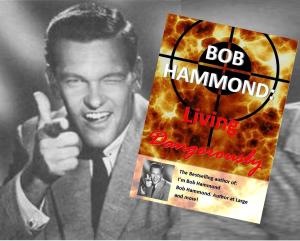 Bob Hammond here. I know, no introduction is necessary in that my reputation as a best selling author and rival to “The Most Interesting Man in the World” precede me, but I wanted to make sure I had your attention.

There’s been a lot of hub-bub, to-do, and nonsense here recently on UI – what? It’s IU? IU, UI, whatever – about narcissists as authors. At least that’s what they tell me. Who’s they? You know, the same they that tells you using cotton swabs on a stick is dangerous for cleaning your ears. Well, good. I’ve cleaned my ears with cotton swabs while jumping on a trampoline because I live dangerously. In fact, you can read about that in my new book Bob Hammond: Living Dangerously. END_OF_DOCUMENT_TOKEN_TO_BE_REPLACED 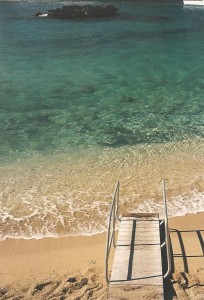 The virtual food is out, the prizes are all lined up, and guests are starting to arrive at your Facebook party page. Now what? Well, if you’ve written a party script, it’s easy.

I freely admit that I stole the idea of writing a script. Last fall, I was involved in a MasterKoda promotion for which Kim Emerson sent around a sample script. As I looked over her sample, I realized she was doing the same things at the same time every hour. When I was in radio, we called that a clock. You’ve probably heard this kind of clock in action without realizing it; stations like WTOP in Washington, DC, promote their “traffic and weather together on the 8s” – in other words, if you want to know the weather forecast, you know you need to tune in at 8, 18, 28, 38, 48 or 58 minutes past the hour.

Anyway, I wrote my script for the MasterKoda event based on this idea, and it went pretty well. So when I began to get ready for my virtual beach party for the release of Undertow, the first thing I did was to draw myself a clock. Here’s a much neater version of what I came up with. END_OF_DOCUMENT_TOKEN_TO_BE_REPLACED