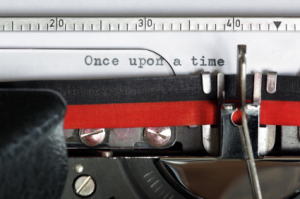 In the past, I’ve written standalone novels and never seriously considered releasing sequels to any of them. But every time another writing colleague published another installment in his or her series, gaining in sales and readership, a little voice in my head said: I gotta write one of those someday.

“Someday” came along accidentally. After I published Don’t Tell Anyone, reader after reader contacted me, suggesting that Charlie, a secondary character in the novel, needed his own story.

Okay, if there’s one thing Martin Crosbie has taught me (among many things), it’s to listen to your readers. Requests for “more Charlie, please” resulted in two books: The Picture of Cool, a prequel novella to Don’t Tell Anyone, released in April, and a full-length sequel to come out later this year. The three books aren’t completely linear and they follow different character arcs, and that concerned me a little. Heck, they’re even different genres, and that concerned me a lot. Because aren’t sequels supposed to follow the same characters through one whole, complete, cohesive single-genre story arc?

Turns out, not so much all the time.

The non-linear “companion” series is hardly a new phenomenon. William Kennedy, the 1984 Pulitzer-Prize winning author of Ironweed, among many other great stories, nonfiction books, and screenplays, wrote eight books about the Phelan family of Albany, New York, creatively titled the “Albany Cycle.” Each book focused on a different family member’s story, and bounced around in time. Then there’s George Lucas, who put out a series of three prequels to the “first” three Star Wars movies. And IU’s own Melinda Clayton has three books out in the Cedar Hollow series, and each focuses on different characters from the town.

So, I started to feel less like I was completely out in the weeds. Even better, a panel of indie authors at BEA this year spoke on “Marketing a Series: Tips & Tricks from Those in the Know.” Each author added another resounding voice that the series comprised of “companion novels” is resurging in popularity, at least in romance genres. Building out a family of books, in a linear process or not, can result in a loyal audience as characters for the next novel are seeded into the preceding one.

The panel featured three of the authors participating in BEA’s “Indie Bestsellers” Booth: Barbara Freethy, Belle Andre, and HM Ward. One of Belle Andre’s contemporary romance series is about different members of the Sullivan family. Concerned at one point that she was running out of Sullivans to write about, Ms. Andre introduced a bunch of cousins in a different city, so the series could continue. Now she has so many novels going in that grouping—twelve at the moment, and at least six more in the works—that she hired a freelancer to make her a family tree to keep them straight.

All three authors stressed the importance of branding over a series, which makes sense, because it plants a seed in a reader’s mind that the stories are part of a set. HM Ward stressed the importance of keeping readers informed about when the next book is coming out. They disagreed about offering a preview of the next story at the end, but definitely were in alignment about telling readers what will be coming next and when. The best place to put this, they agreed, is the “prime real estate” right at the end of your book. In romance especially, all three authors stressed, readers don’t want to wait too long for the adventure to continue. The authors also talked about pricing tactics, including making the first book free, a popular idea that several of our IU minions have tried. Belle Andre suggested waiting for at least two or three books into a big series, to make sure it develops a following before offering up the first one as a freebie.

I don’t know that my three-book topsy-turvy set will grow into an extended family, but if it does or if I ever write another series, I will definitely use RJ Crayton’s tips for building a story bible to keep everybody organized. I might also do a little advance planning so a sequel becomes less of an accident.

8 thoughts on “The Accidental Non-Linear Series”