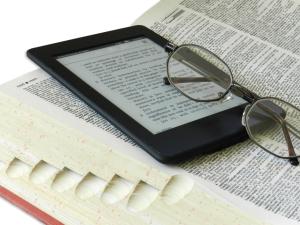 When Amazon announced last summer that e-book pre-orders would be accepted for garden-variety indie authors, I pounced. The timing was perfect for my upcoming release, a third book in a series, and I’m usually willing to try something new. You can read about my little adventure in Amazon pre-ordering here. Now that I’ve gone through the process, let’s wrap it up.

What’s the scoop on sales rank?

Amazon did not offer a payout for pre-orders until it released the book. They also did not charge readers until the release date, when the book was automatically sent to their Kindles. I DID get a pre-order ranking that rose and fell depending on how many pre-orders I was getting. That was pretty cool to watch and take screenshots of and use (a bit) as social media content. Having my book sit next to Oscar Wilde’s The Picture of Dorian Gray on Amazon’s shelf was kind of fun.

On release day, all pre-orders (about thirty) were credited to my book in my KDP reports and that gave my ranking a little boost. Playing Charlie Cool hit #1 “Hot New Releases” in one of its biggest categories, though, and stayed there for about a week and a half. I’m immensely grateful to have had Twitter support and friends to help spread the word. Regular sales and KU borrows have been, if not brisk, at least steady.

Even though I did not get that many pre-orders, this was an interesting way to launch a book and a good lesson to learn. I can see that it would be especially effective if you have a really popular series with a built-in audience clamoring for the next story.

What I would do differently next time…IF I ever do it again.

I would offer the pre-order for a lower price, maybe 99 cents, to encourage more potential readers to purchase. I also might try again when I have more books published. I would only load the complete, formatted manuscript into KDP next time, to avoid the glitch that Goodreads seems to have no interest in fixing. I would also do more advertising, probably on Goodreads or through direct mail.

What you really need to watch out for:

Deadline means deadline. Build yourself in some fudge room, especially if this is your first book. A myriad of things can go wrong, and nearly everything takes longer than you think it will.

Your deadline is ten days prior to the release date that you set on KDP. That means no more changes. Plan to be on the spot with your final formatted file, or else you will have to wait until publication to fix that typo. In dire emergencies, you can work directly with KDP to get a new file uploaded within three days before the deadline, but this is taking a BIG risk. At least one author has reported that KDP released the WRONG version of the file when it came down to crunch time.

Similar to best practices when releasing ANY e-book, purchase a copy for yourself (you did pre-order a copy of your own book, didn’t you?) to see what your readers are getting and to be ready to fix any potential glitches immediately. DO plan to be near your computer on release day. But you knew that, right?

Has anybody else tried this? What kind of results have you seen? Readers, if you’ve purchased a book on pre-order, has it arrived on time and as expected?