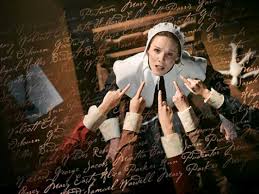 In the study of logic, there are a number of fallacies one must understand. The purpose of these exercises is to strengthen the mind against flawed reasoning and rhetoric. One of the well-known logical fallacies is called post hoc ergo propter hoc. This Latin term means after this, therefore because of this. In this particular type of logical fallacy, it is assumed that because one action or event follows another that the preceding action or event caused the subsequent one.

Although all logical fallacies are troubling, this one is particularly so because it gives rise to convenient scapegoats. It distracts from, diverts, delays, or prevents getting to the real issues.

By way of example, you end up with things like:

My cow died after Mary started having those mysterious spells. Mary must be a witch;

My car was never broken into until those people moved into the neighborhood. They or their kind must be responsible; or

My great book would be selling like hotcakes if there wasn’t already so much absolute crap out there. Therefore, it’s their fault.

There is a lot of absolute crap out there. Perhaps that is the reason your book is not selling as well as it should. Alternatively, it may be that the economy has something to do with fewer book purchases across the board. Perhaps fewer people enjoy reading, or are too busy to spend as much time reading as they would like. If your book could actually find readers, you wouldn’t be worried about it though.

All evidence supporting the claim that the surfeit of poor-quality indie writing has soured the reading public on indies in general is purely anecdotal. Where then did those dissatisfied readers go? Did they return to the big six publishers? That does not appear to be the case. From all evidence, the big publishers do not appear to be prospering.

It appears instead that some formerly traditionally-published authors are either going now with the indie route or experimenting with doing so. If anything, that ought to allay at least some trepidations about the indie gene pool for those who have such concerns.

Writers who already have an established brand and a dedicated following of readers and a well-constructed media machine won’t have this problem. People moving from trad-pub environments to indie are just going to have an easier time of it than those of us who started out indie.

The most likely reason readers are not finding our books is that we haven’t yet figured out how to access and target readers. Our marketing resources and strategies are severely wanting. Sure, we’re all on Facebook and twitter. We all belong to writer’s groups. It seems to me though we are mostly in an echo chamber, talking about our books to each other, buying and reviewing each others’ books.

The whole landscape of writing and publishing is changing. Part of our challenge is to find new ways to connect with readers. When that happens, well-written books will sell. Maybe some bad ones will too, but that has always been the case.

As writing and publishing have changed, so must marketing strategy. When we find a good way to reach readers, we’ll have accomplished what we set out to do in the first place. The rest will sort itself out.