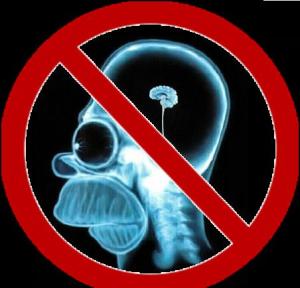 This post isn’t exactly covering new ground, it is more along the lines of gathering a number of tips, tricks, and advisories from other posts hither, thither, and everywhither, into one place. Our own KS Brooks trumpeted betas to the heavens only yesterday, and as has previously been stated, it is ALWAYS a good idea to have an editor, a proofreader, or beta readers who are not you looking at your writing. Otherwise, your brain is going to see what it wants/expects to see when it is reading stuff you wrote.

I would say it is not just a good idea to seek out more eyes, it is an absolute necessity, except for one thing. A long time ago in a Midwestern cow college far away, an English prof said unto me the following: “There are in fact writers whose first drafts are impeccable, and whose words are perfect as they leave the pen.” She then narrowed her eyes and growled: “The rest of us do not like them very much.”

So maybe there is somebody out there who writes first drafts that require no fixing, but in the last [transmission garbled] years I have met as many of them as I have leprechauns riding unicorns. For the rest of us huddled masses, first drafts tend to come out somewhere between hastily scrawled bank robbery notes and the ravings of 10,000 monkeys chained to 10,000 typewriters, in terms of literary quality. That is why the Great Space Puba above made editors, proofreaders, and betas.

Thing is, it is highly unlikely that first draft you just finished is in good enough shape to let anybody else read it right out of the gate. An editor’s job is not to make a writer legible. It is to take a piece of writing that the writer has already brought to the best condition they can, and then turn it up a notch. Writing stuff down is about 50% of what a writer does during the writing process. The rest, of course is self-editing.

So here are a few gathered tips on how to do that better. Hopefully some of them may help prevent your beta readers from hiring somebody to hit you in the typing hand with a pipe.

1.) Wait six months or more. That is sort of tongue-in-cheek, because let’s face it: This in Indie World. Who has half a year to wait around with a first draft lying in a virtual drawer? The point, however, is that the critical thing to do in a self-editing stage is to get your brain to forget what it thinks it knows about the words you wrote. Then it can look at your words as though someone else had written them. One way to do that is to take some time away from those words, but as time is the thing in shortest supply for Indie writers, let’s move on.

2.) Don’t read it how you wrote it. You wrote it on a comp sitting at a desk in your office / kitchen / garage? Load it on your laptop and go outside. Print it out. E-mail it to your Kindle (more on that later). But do something different if you can to change the environment in which you were working. You write to music? Edit in silence. Or vice versa. But switch stuff up. There is a psychological thing called “state dependent learning” which is another shortcut your brain will try to take if you let it, so don’t let it.

3.) Blow it up real good. Seriously, blow that font up to 40 points so your words are huge like billboards, you’ll be amazed how well you can see typos you might breeze by otherwise. And a misplaced comma will stick out like a sore, thumb.

4.) Read backwards. I know, this one seems weird and honestly, it has never really worked for me personally, but I know some writers who swear by it. If you start working from back-to-front on every word, once again your brain is going to catch stuff it might not otherwise. It is used to reading only enough of every word to figure out what it is, then moving on. That means if the word is close to correct, it will tend to keep going. But reading backwards, your brain has to look at the whole thing.

5.) Read it out loud. Yes, this one will make you seem psychotic at times to friends and family, but it really does work. Again, by doing this, you are forcing your brain (and actually different parts of your brain) to become much more engaged than you are by just reading in silence. Self-editing should be all-hands-on-deck, so make your brain call out every man of the crew and set them to the oars.

6.) When you’re really rolling, slow down. Say you’re reading the part with the big car chase / gunfight / stolen plutonium recovery, and you are just cranking right through, thinking, “Wow, I really wrote this part tight and solid.” You probably didn’t. What has happened is that you have engaged the part of your brain that wants to smell flowers and watch a dopey sitcom, as opposed to the part that wants to flick the light switch on and off three times, and wash your hands four times. You need the crazy, neurotic part of your brain to edit. That other part is going the wrong way.

7.) Use “Search”. We all have some phrasing, sentence construction, etc. which we favor, and tend to use over and over. After you have been writing for a while, you will probably know what they are (I start an awful lot of sentences with “Though,” or at least I do in first drafts). Some of that is part of individual style, but some of it is just habit that needs to be slapped down a bit. If you know your characters “nod” an awful lot, use “Search” to count them and see if it startles you into cutting half of them out. Oh, and make sure you look for nods / nodded / nodding as well.

8.) Fire up your Kindle. As mentioned earlier, an e-reader can be of great service while self-editing. With most brands, you can “sideload” lots of file types directly from comp to e-reader with a USB cord (the same one you probably use to recharge the device), or in some cases you can e-mail files directly to the device. On a Kindle for instance, you just go to the “Manage My Kindle” page at Amazon and enter the email address you want your device to receive from, then just attach a file addressed to your Kindle’s own email account (yes, it has one, the address is listed on the second page of “Settings” right on the device).

Reading on an e-reader is a different experience than sitting at a desk staring at a monitor, so again, it can help your brain look at things in a slightly different way. And if your e-reader has a “Text-to-Speech” feature, you can have the device read your words to you out loud. Try it, it works pretty awesome for hearing errors you might never see.

Not all, or possibly, not any of these things will work for every writer. But if even one of them works for you, your second, third, or fourth draft should be in much better shape when you send it on to others for additional proofing, editing, or just reading. Then they will in all likelihood tell you just how much more work you still have to do, before you have really “written” anything. 😉