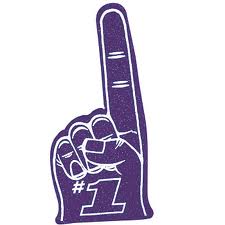 In lieu of a full-on post today, I just want to say Happy First Birthday (give or take 24 hours) to the Indies Unlimited site which you find yourself looking at this very moment.

The phenomenon known as “Indie” authorship is, when you get down to it, still in its infancy. The possibilities opened up by e-books are a quantum leap from anything that has ever been available to writers before. It has never been anywhere near this easy for someone to get something they have written in front of a huge readership, in a form that is wholly equivalent to what a massive publishing house can produce.

Of course, that also means that it has never been as easy for un-serious writers, deluded hacks, con artists, and other ne’er-do-wells to put their own work up beside everything else, on the same virtual shelf space. In the last twelve months, the word “Indie” has taken some hits, as the dirt done by a few of course lands on everybody. Trad publishers and authors may engage in shady reviewing practices, sock-puppetry, and produce substandard derivative work. But they also have an institutional legacy and reputation that is decades or centuries old to fall back on. The history of “Indies” is the blink of an eye by comparison, and anything that an Indie author does now is still building the definition of what it even means to be Indie.

Being involved in a lot of Indie groups at any number of on-line watering holes, it is rare that a whole day goes by where I don’t hear about or see first-hand an example of an Indie writer behaving in such a way that makes it hard to imagine the term is not well on its way to becoming anything but a stigma. There is no shortage of Indie writers acting like dirtbags, and the very openness of this style of publishing means there never will be. Calling them out in public does little but bring retribution upon the caller, while further besmirching the Indie name.

Luckily, there are a few things those of us who would like to see “Indie” stand for something better can do. First, we can produce the best books we are able to produce, to the highest standards of professional we can attain. Second, we can try not to act like whiny, entitled, deranged dirtbags while doing it. Third, we can come together in Indie groups/pages/sites that do encourage professionalism and offer realistic advice on becoming not just better writers, but better marketers, better business people, and better “Indies” altogether.

To my mind, Indies Unlimited remains one of the best places to do just that, and being a part of it for this long has made me proud to still call myself an Indie.

See ya next Friday, by which time I will hopefully have come up with something funnier to say. 😉