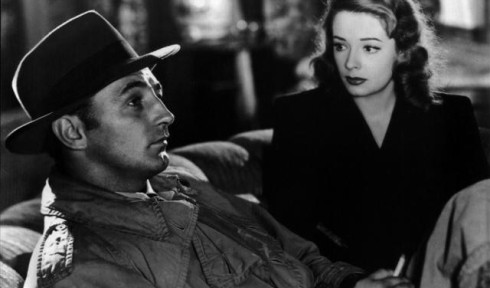 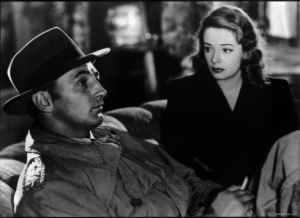 I wasn’t looking for trouble when I asked to join that Facebook group. I was just your average overworked writer/editor dame looking for a few kindred spirits on a cold, rainy night. Okay, after a day of conjugating naughty words and deleting ellipses by the thousands, I wished some of those spirits were 100 proof. But, really, is that so wrong?

Then I saw the man and the woman at the end of the bar. It must have been Halloween or some weird, ironic hipster holiday mocking American cultural icons, because they were decked out like Indiana Jones and Amelia Earhart. The pair laughed in hushed whispers with their heads close together as they nursed a couple of white Russians.

I waved and they waved back. Or at least the man and the woman did. The Russians were having too hard a time of it, what with the bandages being applied around their arms.

That’s when I knew. Out of all the virtual bars in all the Facebook groups all over the Internet, I’d walked into theirs. “Say,” I said, sliding toward them. “That gauze would stay on a little better if you, you know, had some duct tape or airplane glue or something.”

Indiana Jones looked at me like I’d invented the semi-colon and that cool trick of vaporizing ants by aiming a magnifying glass at them. “Say, you’re right,” the man said. He turned to the woman and they exchanged a knowing smile. “You want a job?”

“It doesn’t pay anything,” the woman said. She whipped a tube of lipstick out of a little compartment in her flight suit and attacked her mouth with it. I knew that shade. I’d used it for my last cover-up. I mean, book cover. Pantone #032. Tomato Red. “But you’ll get a lot of eyeballs,” she said.

Eyeballs? Who were these people? Cannibals? Zombies in disguise? Did Todd Brown know about them?

She capped the tube with a triumphant whack and tucked it back into its compartment. “I think we’re done here,” she told the man, and then from another compartment, she fished a style guide, a pen, and an actual fish, which she flipped to the penguin who’d just walked into the bar. Turning to me, the pen dancing in her fingers, she breathed, “Are you in?”

I found myself getting lost in her oddly gazelle-like eyes. Seriously, where else did I have to go? Home to the artificial clack of the keyboard and a tiny room that smelled of stale coffee and desperation? No. I wanted adventure. I wanted to do some good in the world. Help other indie writers. Although mainly I wanted to know where she’d purchased that cool suit. And the dude…well, he was cute in a scruffy way and he scared me a little. Especially when he asked if I wanted to come back to his place and see his Death Star. Yet I simply had to know what that meant.

I’ve been with them ever since. As experiences go, this was one. I’ve met so many great people, great writers, and great friends. Learned more about writing and marketing in one year than I had in the last twenty or so I’d been writing and pounding on literary agents’ doors. I felt more support than those bonding exercises when you’re supposed to lean back and have everyone catch you. Except here, you lean back, and everyone gets distracted calculating the split of your portion of gruel. Sure, some days the gruel is thinner than others, but Gazelle-Eyes just slips a box of Jell-O from one of those pockets and dumps it into the pot. Oops. That was supposed to be our secret

Happy birthday, Indies Unlimited. Congratulations, Stephen and Kat. You’ve created something fantastic here. Without you, I’d still be shouting “comma splice” into the wilderness. And that really stinks, because it attracts bears.

21 thoughts on “It Was a Dark and Stormy Night…”