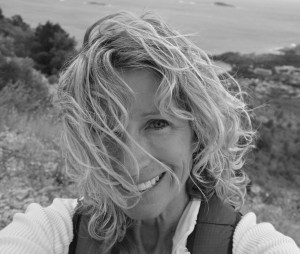 by Marlayna Glynn Brown
Being a memoirist isn’t easy. Creating art from real life requires story-telling talent, thick-skin, and the ability to hide a character’s identity without straying from truth. Writers like me, who couldn’t produce an entertaining piece of fiction to save their own lives, have no choice but to write what we know.

I’ve been an avid diarist for thirty years. It’s easy and natural for me to record events, thoughts, feelings and interpretations. When I was given writing assignments in high school, college and then grad school, I learned I could only base my work on what had really happened to me, and events I had actually experienced. Jumping from reality to imagination was never easy for me. Any time I tried to veer from reality and create a person or event that didn’t exist or happen, I found myself face to face with my own folly. The recording of actual events and people isn’t always necessarily interesting. A memoirist must be able to weave the threads of reality into a tale that others find entertaining. A memoirist can interlace facts with creative description, and events with ring-side interpretation. Characters and events can be presented, and sometimes shaded as the memoirist sees fit. A writer needn’t necessarily tell the reader anything in particular, and can merely present, or just partially describe without definition.

Being a memoirist requires a considerable amount of bravery and consideration. When I published Overlay – A Tale of One Girl’s Life in 1970s Las Vegas, I had to give thought to what I was irrevocably releasing into the world. I have been beyond pleasantly surprised at the amount of support and understanding readers have sent my way. I had no idea I would be telling the story of so many others, and providing material to which so many others could relate.

Telling my dark secrets was one thing, and telling the dark secrets of others is another. My first memoir tells the tale of my childhood and is not a comfortable read. It records the actions of those who in many cases were not kind, and who were criminals that should have been prosecuted for their actions. A memoirist tells a story that isn’t just their own: our stories are interweaved with those of our families, neighbors and friends – and our children. I asked my mother not to read my first memoir. I told her it would hurt her feelings, and I didn’t think it was necessary that she suffer at her advanced age. Considering the effect my works would have on my children was another issue entirely. While I was simply recording the stories of their relatives, I was also exposing a dark, troubled ancestry marbled with addiction, abuse, neglect and mental illness. Would it harm them for our family skeletons to be hanging out in full view of the world? As I wrote my second memoir, City of Angeles, and my third, Don’t Mess with Texas, I was very careful to say very little about my four children. It wasn’t because they weren’t a large part of my life, but I wished to respect their privacy as much as I could. They have their own stories to tell and I feel they should have the opportunity to do so if they please.

The biggest challenge I’ve found as a memoirist is hiding a character’s identity. This issue has proven so impossible in several instances that I’ve had to cut some really juicy story material from my work for fear of exposing someone I did not wish to publicly hurt. Unfortunately, burying a character in another period of time or another country just doesn’t prove to be enough of a disguise at times. If I feel that someone somewhere will recognize the disguised character, I will cut them from the memoir. In one instance, I asked a childhood boyfriend if he minded if I disguised and included him and his family in my second memoir. We’d spent more than five years together, and he and his family were crucial characters in my teenage development. When I sent him the material, he became very upset and asked that none of it be included. I was very disappointed but did as he asked.

As a memoirist I would much rather err on the side of caution than cause discomfort for those who cross my path and find their likeness in my works. I like to keep in mind the old adage: you can’t unring a bell.

Marlayna Glynn Brown is an author, screenwriter, actress, producer, poet, yogi and award winning photographer. Overlay – A Tale of One Girl’s Life in 1970s Las Vegas is Volume 1 in her memoir trilogy. City of Angeles is Volume 2 in the trilogy. Marlayna will publish the third and final memoir in the trilogy, Don’t Mess With Texas, in October 2012. You can learn more about Marlayna by visiting www.marlaynaglynnbrown.com.