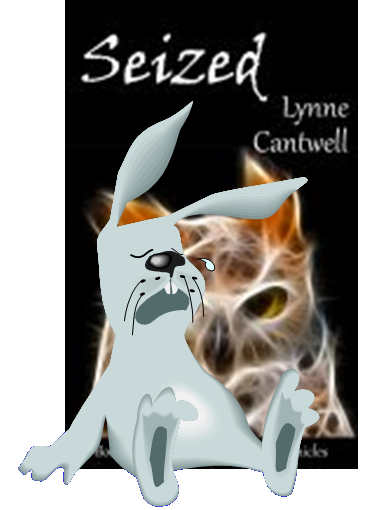 Man, I was so sure I was going to win. I was so close to the semifinal circle in the Amazon Breakthrough Novel Awards that I could taste it. My Tarot cards even said good news was coming! What could possibly go wrong?

Well, Seized could fail to be a semifinalist. That’s what could go wrong. And did, this past Tuesday.

If you’ve been playing this game of life for long enough, you’ve entered some contest or another, and unless you’re an extraordinary individual (and if so, I’d like to stand very close to you so the magic rubs off), you’ve lost at least once. So you know what it’s like: the sinking feeling in your gut; the denial; the rage; the desire to put the whole episode into your next novel and savage all those rotten writers whose books made the cut, because God knows nobody’s – NOBODY’S – was better than yours!

The rage and denial, at least, have been clinically documented. Years ago, Elisabeth Kubler-Ross famously wrote a book about the stages of grieving, and those two emotions are in there, along with three others. Here, then, as a way of helping my own healing along (and with apologies to Ms. Kubler-Ross), I offer the Five Stages of Grief for the Writing Contest Loser:

1. Denial. “There must be some mistake!” For me, this was exacerbated by Amazon’s server issues on Tuesday, the day the semifinalists were announced. I couldn’t get to the page and had to rely on the Minion Brigade to check the list for me. So I had that niggling sense that maybe somebody had looked at it funny, and my book really was there, after all, and it was all a big mistake.

2. Anger. See “the desire to put the whole episode in your WIP” above.

3. Bargaining. This stage is marked by sacrifices to one’s deity of choice: “I’ll do anything You ask, if You’ll just make their site go down long enough for them to put up the corrected list of winners!” This is also known as the “if only” stage: “If only I’d tweaked the book a little more, or edited it one more time, or spent more time beefing up the section on X, I just know would have won.”

4. Depression. Unfortunately, and particularly for writers with fragile egos, the “if only” stage can send them right into a spiral of despair of the “I’ll never be good enough” variety. Sadness is a normal, and even healthy, reaction to losing something you value. Make a date with your coping mechanism of choice (alcohol, ice cream, bubble baths, movies that make you cry) and get on with it. But if if you find yourself wallowing in grief, please go talk to somebody who can help you get over it – a friend, a family member, other writers, the dog you kicked in stage 2, or a mental health professional.*

5. Acceptance. There comes a day when you find that while the world is not the place it was, all shiny and full of promise, you have the strength to go on. As for me, I said all along that I was only in the ABNA for the Quarter-finalist prize – the Publishers Weekly review. Which I got. And I got this blog post out of it, too. So really, by my own measure of success, I won.

Although I wouldn’t have turned down the cash.

*A lot of this post has been tongue-in-cheek, but I’m dead serious about this. Depression is an illness caused by a chemical imbalance in the brain, and long-standing feelings of sadness and worthlessness are among its symptoms. If you have felt this way for a long time, please get checked out.

25 thoughts on “I Could Have Been a Contender!”