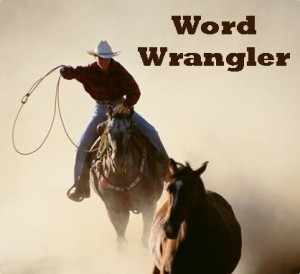 Good morning Minions. The Evil Mastermind asked me to speak to you today on a subject that is close to his heart – prose.

Now I know the P-word can strike fear into the hearts of the bravest of you, but it is a subject that must be addressed. We are all writers. Writing is how we produce prose, and prose is how we earn our daily gruel.

We get no gruel, that’s what.

I can see by your faces that most of you know what it’s like to own a stubborn Muse, the kind that forces you to stare at a blank screen for hours on end, or goes on strike mid-way through a piece, leaving you to face a deadline on your own.

It is well documented that such Muses can play havoc with a writer’s life. But what, if anything, can we do about it?

I’ve met many Muse wranglers who will tell you to march into that cage, wrestle your Muse to the ground, and drag it kicking and screaming to the keyboard. They further advise that you should do this, day after day, until your Muse finally gives in.

I will not lie, this method does work, but it is often as hard on the wrangler as it is on the Muse. And it can lead to unexpected outcomes, such as stilted, limping prose. And none of us want that now do we?

My technique, developed over the last thirteen years, is based on the old carrot-and-stick approach. Whilst I do chain my Muse to the keyboard every day, once it is there, I put away the whip, and instead pamper it with music.

Yes, music. I can see your looks of disbelief, but surely you have heard the old saying ‘music hath charms to soothe the savage breast’?

Well, believe you me, there is nothing more savage than a surly Muse! However the right music can help tame it, especially if it’s one of those flighty ones that delights in fantastical worlds and lyrical prose. For them, music seems to induce a trance-like state particularly effective for those tricky first drafts.

“But what kind of music?” you ask.

The choice of music is where science gives way to art, and may require some trial and error. I personally have tried opera, classical music, and the soundtracks to games and movies. All have blissed my Muse out at one time or another, but the one common thread to all my music choices was the lack of lyrics, well lyrics I could understand [I don’t speak Italian].

For some reason, my particular Muse finds lyrics distracting, and will ‘sing along’ instead of churning out words of its own. Yours may be different, which is why choosing the right music is so critical.

I should, however, warn you against letting your Muse become bored. If you notice it staring out the window, or taking too many coffee breaks, it may be time to change the music. A small investment in time and effort now could save you hours of distress later.

In Muse Wrangling 201 I will discuss what to do when music is not enough to keep your Muse happy, and it escapes the cage entirely.

Until then, I’d like you to try three different types of music on your Muse. Explain why each did, or did not work in 140 characters or less.