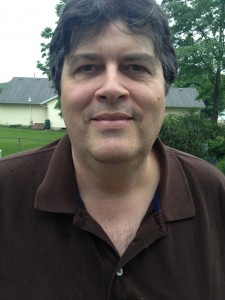 Nicholas Vulich is an armchair historian. He has been a voracious reader most of his life, devouring just about any work with a historical bent.

His favorite reads are turn of the century magazines – Harper’s Weekly, Harper’s New Monthly, Munsey’s, The World’s Work, and Technical World. The news reported in them may not always be accurate, but they add a great flavor to what you know about the period, and they have some of the best historical pictures and illustrations that you will ever find.

If he could only give one reason why he writes history, it would be that “life is stranger than fiction. You just can’t make this stuff up.”

Online Nicholas is best known as history-bytes where he’s been selling historical memorabilia on eBay and Amazon for the past fourteen years. 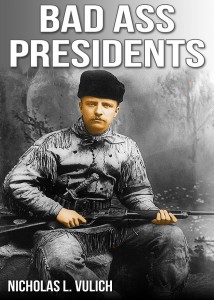 > George Washington rode fearlessly at the head of his troops. During the French and Indian wars he had two horses shot from under him, and four bullet holes blasted through his coat.

> Andrew Jackson has the dubious honor of being the first President to have an assassination attempt made upon his life. What did the old warrior do? He charged his attacker with his cane.

> William Henry Harrison defeated the Indian chief Tecumseh at the Battle of the Thames. At the Battle of Tippecanoe he had two horses shot from under him and kept fighting.

> Zachary Taylor, hero of the War of 1812 and Mexican War, was propelled into office through his military fame.

> Abraham Lincoln fought in the Black Hawk War; physically tossed an agitator out of the audience at his first political rally; in the Civil War he often visited battlefields, walking here and there, with no regard for the dangers involved.

> General Ulysses S. Grant was a hard drinking, rough and tumble fighter who moved from one battle to the next not stopping to rest in between.

> Theodore Roosevelt was a gentleman, a scholar, and one of the hardest fighting Presidents we have ever had. He was a frontiersman with his own ranch in the Dakotas; fought in the Spanish American War; advocated a “Square Deal” for everyone.