Ralph L. Angelo Jr. has written fantasy, sword & sorcery, and adventure novels. His books include The Cagliostro Chronicles, best-selling Redemption of the Sorcerer, the Crystalon Saga, Book One and Torahg the Warrior: Sword of Vengeance 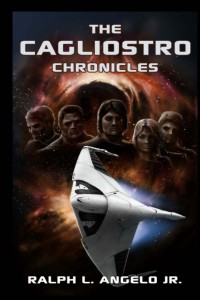 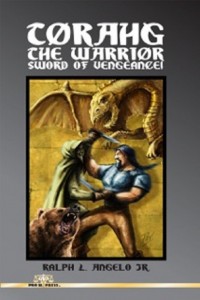 The Cagliostro Chronicles
Available from Amazon, Barnes & Noble, and Smashwords.

Mark Johnson, a brilliant scientist and engineer, will lead a handpicked crew of adventurers into the unknown. There they will discover the truth about the secrets of the much larger universe and the myriad dangers it holds.

In a race against time, if the crew of the Cagliostro cannot unravel the depths of the mystery, conspiracy and danger that surround the earth like a closing claw of evil, mankind itself will not survive.

Join with us for the inaugural voyage of the star cruiser Cagliostro as its crew begins to unravel a conspiracy that will take it beyond the furthest star and into the very heart of adventure!

Redemption of the Sorcerer, The Crystalon Saga, Book One
Available from Amazon, Barnes & Noble, and Smashwords.

Crystalon is a sorcerer of unprecedented power. He is the ruler of his world and universe. But Crystalon is still a man, and not a God. What happens when that man, after centuries of immortal life and power loses his way, giving in to human temptations until he is finally seduced by the power he wields? What follows is an epic adventure that spans two universes, while the man caught in the midst of it all seeks redemption from his past sins. But will he see the error of his ways in time to save both universes from an evil, nigh unstoppable enemy, and utter annihilation? Or will an incalculable amount of innocent souls be damned to an eternity of enslavement and doom? ‘Redemption of the Sorcerer’ is an epic fantasy novel that will have you on the edge of your seat to the very last page!

Torahg the Warrior: Sword of Vengeance
Available from Amazon, Barnes & Noble, and Smashwords.

From Pulp Fantasy Author Ralph L. Angelo, Jr. comes the first novel of a New Pulp character with classic roots. Fight alongside this battle scarred, blood hungry Warrior as he tackles evil in all its forms across the kingdom he once called home. A man without a land and with only one purpose: to avenge the wrongs done against him and the world. In the tradition of Robert E. Howard, Angelo breathes a savage, raw life into SWORD OF VENGEANCE, bringing Pulp Fantasy back to life with a barbaric results!