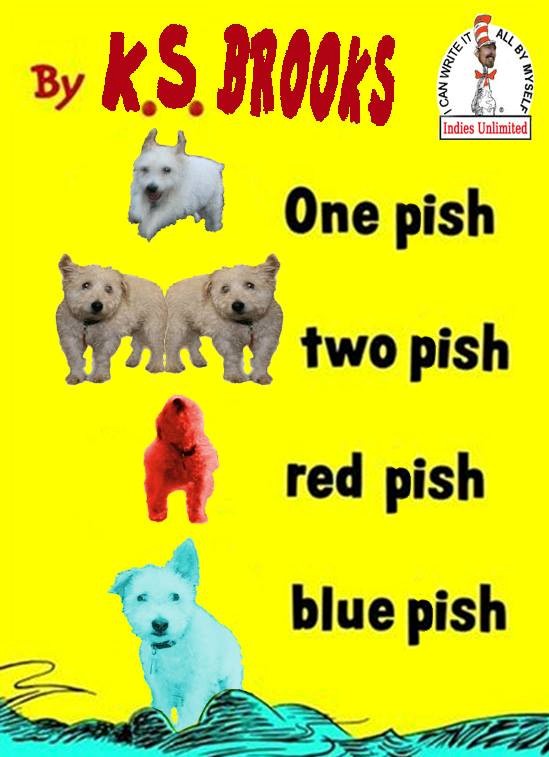 Any author who is on the lookout for interesting opportunities has to be prepared for about anything. K.S. “Kat” Brooks is a veteran of the interview circuit. She’s been involved in every kind of interview situation there is and has done it long enough to see just about everything that can go wrong do so. She always manages to handle the situation with style and grace. Kat has been kind enough to share some of her experiences with IU readers before.

To offer a little context here, I think it’s necessary to explain that for Brooks to do an interview is a monumental task. First, she lives in [SECTION REDACTED BY AUTHORITY OF THE NATIONAL SECURITY ACT] pumas and escaped mental patients. So, she can’t just pick up her princess phone and make a call. Even doing an internet interview [SECTION REDACTED BY AUTHORITY OF THE WILDBLUE ADVOCACY COUNCIL] and the horse they rode in on.

She’s had to deal with lights that glared too brightly in her eyes for her to read her prepared notes, mics that didn’t work, bad signals, dropped calls. Once, while delivering some remarks on the influence of organized crime in mainstream publishing [SECTION REDACTED BY AUTHORITY OF THE FEDERAL WITNESS PROTECTION PROGRAM] in a hail of bullets. Fascinating story, right?

One of her most recent interviews was interesting for the particular types of challenges it presented. Brooks has to call into the show from her car. She’s sitting there in 90 degree temps and is told the segment before hers is running a little long. They ask her to call back in 10 minutes. The host speaks in a rapid patter and a heavy urban patois. It seems as if he is using a mobile microphone that is yielding marginal sound quality.

At some point in the interview, the host is joined by a co-host who also seems to be on mobile mic and is operating in an environment that is producing a lot of background noise. It does not seem the two hosts are in the same room. That can make things difficult to coordinate. At times, Kat has two people firing questions at her or talking over her.

Kat had also sent some requested background materials in that apparently were not in the host’s possession at showtime, so he is flying blind. It’s not that unusual for a radio host to be unfamiliar with the interviewees and their work. After all, they interview a lot of people. It is a little more unusual for the host to proffer a guess at works that might be similar to the author’s. In this instance, the host did not know that Mr. Pish appeared in a series of books. Once having established it, he jumped to a comparison with Dr. Seuss. That was a little off base. Rich Meyer and I really liked the idea though, so we came up with a book concept and Meyer did a draft cover. I think this one will be another winner!

This interview, though long, is worth a careful study just to see how Brooks manages to stay on message and keep her focus. She is the essence of professionalism here. Job well done, Kat.

6 thoughts on “Rising to the Challenge”