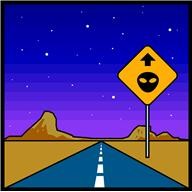 Ripped from the headlines…

“Nostradamus Predicts End of the World is Near!”

I’m the first one to admit that novel ideas can come from anywhere: dreams, conversations, a song—you name it—it’s all fodder for the creative muse. As an unapologetic news junkie, I tend to look at the headlines first. My imagination takes off from there.

A news story in 2010 about the illegal drug trade in Mexico and how it was affecting the civilian population got me thinking: how could I bring awareness to the escalating violence south of our border, but also entertain readers? That idea became the Kate Jones Thriller Series. Kate gets in over her head when she chooses the wrong boyfriend and has to escape. The story follows her on the run through Mexico with a bag full of money she purloined from—you guessed it—the ruthless leader of a drug cartel. 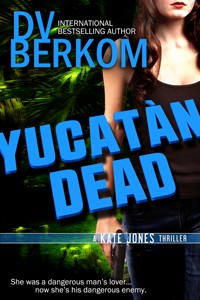 In the latest installment of the series, Yucatan Dead (#6), Kate gets a chance to fight back with the help of a group of commandos working against the cartels. I’d finished the first draft of the book before I ran across an article detailing the vigilante groups now emerging in Mexico that are doing just that, which helped lend a bit more depth to the idea.

For a different series featuring another character, former assassin Leine Basso, the inundation of reality shows on television and their mostly scripted ‘authenticity’ produced a vivid and seriously whacked dream I had, which then became the basis for Serial Date. What would happen if a reality show about ‘serial killers’ and the women who date them caught the eye of an actual serial killer? Wouldn’t he want to be a consultant on the show? I mean, he’s the real deal, right? I then saw something on the news about an assassination attempt, which gave me the protagonist. What better heroine to go against a serial killer than an assassin? Lots of gray lines there to play with.

Bad Traffick, released last December, was the result of watching a documentary shown at my local community college about the rise of child sex-trafficking in the United States. I’d been aware of the problem, but hadn’t realized how pervasive it had become. As many as 2.8 million children run away each year in the US. Within 48 hours, one-third of these children are lured or recruited into the underground world of prostitution and pornography. (National Center for Missing and Exploited Children) Bad Traffick follows Leine Basso into the brutal world of human trafficking as she tries to save twelve-year-old Mara from the fate of so many young girls on the streets today.

I’ve also written several short stories that were sparked by headline news. It’s a deep well from which to draw, and many times the real events turn out to be more interesting than fiction.

I think I feel a dystopian, end-of-days short story coming on about an alien woman pregnant with Rottweiler assassin-puppies who craves the brains of politicians…

Where do you find your inspiration?

A version of this article appeared March 1, 2013 on Buried Under Books. It has been revised and updated for Indies Unlimited.

19 thoughts on “Using the News to Spark the Muse”