Never let it be said that I, your intrepid reporter, won’t go to the ends of the indie author universe for you. To mark Indies Unlimited’s second blogiversary, I have done just that! Well, not exactly. But I did venture down into the bowels of our nuclear-powered Death Star to interview the man who keeps everything around here running tickety-boo: our chief engineer, Tavish MacTavish. 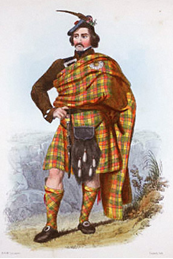 Tavish, what brings you to Indies Unlimited?

TMcT: Well, now, lassie, it wasna my idea. I ran into the Evil Mastermind at a pub a couple of years ago, and he told me as how he was starting this thing for yon indie authors and needed a body to run the power plant. I handed him my C.V., and before you could say Loch Ness, T.D. McKinnon and Mark Jacobs had me in a headlock. The next thing I knew, I was here.

Lynne: You were shanghaied? Wow. Those guys know their stuff, too.

TMcT: Indeed, and I wasna best pleased aboot it. That T.D. is one of my own countrymen, too.

Lynne: But it looks like you’ve made yourself at home here.

TMcT: Och, you mean the inspirational posters. That’s Jim Devitt’s handiwork. He’s a great one for the pep talks.

Lynne: He is indeed. And your library seems to be well-stocked. You’ve got books by Martin Crosbie, D.V. Berkom, Dick Waters, L.A. Lewandowski, Yvonne Hertzberger, Melissa Pearl…. Hey, you’ve even got some of my books!

TMcT: Aye, lass. I’ve books from every last minion, so I have. Big Al and Cathy Speight give them to me when they’ve finished reviewing them.

Lynne: Now where did you find your crew? No offense, but they look a little odd. Nobody got too close to the reactor core, did they?

TMcT: Nae worries! Kathy Rowe and A.C. Flory found them on some of those interstellar worlds they’ve been to. And that one in the World War Two uniform? Chris James had his dimension researcher bring him back. No one can understand him, though – the poor divil speaks naught but Polish. Krista Tibbs is working on a translation implant for him. She studied neuroscience, you ken.

Lynne: I do ken – uh, I mean, I do know. Say, Tavish, is that a tractor-trailer parked behind the reactor?

TMcT: You’re an observant lass. The Evil Mastermind lets Carolyn Steele park her rig back there.

Lynne: He’s such a nice guy. (shivers) Ooh, that was weird. I just got a chill.

TMcT: Well, we may a haint or two. I dinna know much aboot it, but I maybe hae seen that lady ghost Melissa Bowersock wrote aboot. And sometimes in the wee hours, I’ll hear someone bustling aboot in the galley, and in the morning, there will be a fresh crock of chicken soup in the fridge. I suspect it’s from that nice Jewish lady in Laurie Boris’s book – the one who died of cancer, ye ken. But I couldna swear to it.

Lynne: Chicken soup, huh? I’m going to start coming down here to eat. Three bowls of gruel a day gets a little monotonous.

TMcT: Even with the flavorings K.S. Brooks adds? I’m surprised.

Lynne: Believe me, Tavish – the less said about those flavorings, the better. So where did this stack of red shirts come from?

TMcT: That Rich Meyer. Och, he’s such a joker. Wait – no, lass! You mustna venture down that hallway!

Lynne: Why? What’s behind that door?

TMcT (in a whisper): That’s Bob Hammond’s quarters. He thinks he’s the only minion aboard.