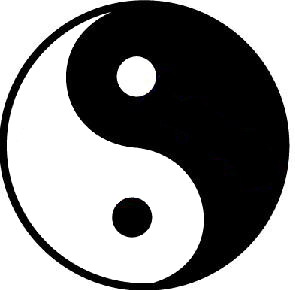 Once again I return lazily back to the review well, as opposed to actually thinking of a new idea for Ed’s Casual Friday. What can I tell you, I’ve got writing to do this week, and writers always seem to love/hate reading these things. 😉

For something slightly different, instead of just unearthing one-star chestnuts on “great” works, I’m going more economic. What follows is a list of the ten bestselling books of the decade 2000-2010 which I found on-line (at about(dot)com) – I am not claiming it is entirely accurate, but these titles “feel” about right for the period, and each author only appears once (I didn’t want the list to be all Rowling/Meyer books). Accompanying each listed book are excerpts from two reviews from the fine readers at Goodreads, one from a five-star and the other a one-star. As always, my intention in doing thusly is, as ever, only to point out that for every book every written, somebody is going to hate it.

And somebody, or a whole lot of somebodies, may well love it, too.

10. Dead Until Dark by Charlaine Harris

“Sookie is a great protagonist, lively, fiesty, quirky and strong without being stubborn and bitchy, and her telepathy makes her especially interesting. She’s definitely one of the better heroines of vampire novels I’ve come across to date.”

“It is hard to say what I disliked more about this book – the sophomoric writing, or the annoying, vapid, 2-d, Harlequin-romance-heroine-helpless-twit persona of Sookie Stackhouse.”

9. The Shack by William P. Young

“This book has the power to make all human artifice utterly fall away… to make the traffic out the window, the people in conversation next to you, the very coffee mug you hold in your hand, all seem infinitely unreal, while leaving you alone in the very presence of God.”

“I felt the book to be idolatrous and heretical. Idolatrous because the author seemed to be created God in the image of what he would like God to be – a God for the Oprahfied, God as group therapist.”

8. The Road by Cormac McCarthy

“With masterstrokes of economic elegance, McCarthy colors his spartan, post-apocalyptic landscape, bringing a barren world to life in all its misery. The characters are developed only as deeply as necessary, showing admirable restraint by the author.”

“This book is vile. This book is a lie. It is a festering wasteland of despair and sadistic pathos pretending to contain some freakish remnant of love.”

“This was a remarkable book about “the hidden side of everything.” It taught me that asking honest and simple questions can expose glaring errors in conventional wisdom that we often accept out of fear or a desire to believe in something comforting.”

“This book would probably appeal to upper middle class liberals who like to consider themselves clever and politically astute from their isolated armchairs. For me Freakonomics was a big load of garbage.”

“Working to build schools for villages in the remote corners of Pakistan and Afghanistan, Greg Mortenson shines as an example that even one person can make huge difference to world.”

“I was so annoyed by the adulation heaped on Greg Mortenson (the book’s subject and co-author) that I frequently found myself groaning out loud.”

5. The Tipping Point by Malcolm Gladwell

“Gladwell really captures the spirit of human connections and the human need to feel part of something. A definite must read for anyone interested in looking at what moves people and how a small event can result in large response.”

“I thought this was a waste of time. If I were to buy into the powerful claims this author makes, I would need MUCH, MUCH more substantial evidence.”

4. The Kite Runner by Khaled Hosseini

“The Kite Runner is only other book that has gripped me as tightly as To Kill a Mockingbird has in terms of injustice, remorse and redemption.”

“The literary equivalent of one of those made-for-TV movies.”

“This was my first time with Dan Brown. He had me from the first paragraph and would not set free my attention until the end of the fascinating tale. Fiction at its best and entertainment fulfilled. He had me believing that I was right at his side in experiencing the events as he went through them.”

“I loathe Dan Brown. I resent him for spoon-feeding the masses pseudo-intellectual “Holy Blood, Holy Grail” D-grade thriller shite under a pretense of real sophistication, and getting orally serviced by The New York Times for his effort.”

“(T)he story could have been completely campy, but instead was very beautiful, in my opinion, with enough romance and substance to rival the best adult romance novels. In fact, I thought that Twilight exhibited a surprising depth of emotion, intimacy and even sensuality without ever resorting to anything explicit.”

“I can’t express my disgust for the relationship between Edward and Bella. It’s not romance, it’s not passion, it’s not love. It’s selfish idiocy at best.”

1. Harry Potter and the Deathly Hallows by J.K. Rowling

“J.K. Rowling brilliantly ties up every loose end that she has planted over the last ten years since the very first outing of the series was published in 1997. Truly, Rowling has learned exactly what her fans want and subsequently delivers a book that answers every Potterhead’s questions — and then some.”

“I had a very strong feeling that six months before her deadline, JKR went on to the internet, discovered that everyone had guessed her ‘twists’… and felt the need to come up with a new plot device. This would explain the incredible stupidity that is the deathly hallows and the plot holes and gaps in logic that involve them.”