On March 10th 2012, 14-year old Paulie Potatoes, along with the rest of the teenagers of earth, inherited superpowers. Seeing this as a threat to his way of life, Mob boss Bobby Biaggio Bigotta, better known as Biggie Boom Boom, knows that he must stop Paulie and his friends by all means necessary.

Unexpectedly, Biggie resists his instincts to fight and instead he extends an invitation for Paulie to join his gang. Paulie must now decide between a life of crime or a life as a superhero. Will Paulie walk down this underworld path, blinded by wealth or will he use his newfound powers to keep the streets safe from the gangland that plagues Niagaratown?

Nowhere, I submit, is the upheaval in the publishing world more apparent than at writing conventions. At last year’s World Fantasy Convention in San Diego, I attended a panel during which an agent (or maybe she was an editor) made some disparaging remarks about self-publishing, and a few audience members stood up and respectfully explained to her why she was wrong.

One end of the dais seemed to be spewing dinosaur breath. The former editor-in-chief of Del Ray (Random House’s speculative fiction imprint), Betsy Mitchell, complained that her business is drying up; she said indie novelists aren’t willing to pay $3,500 for the kind of top-notch professional editing job she can offer. (I wondered whether it had ever occurred to her that the vast majority of indies simply can’t afford her.) Next to her sat Robert Runté, an acquisitions editor for a small Canadian press, who called the indie trend of using beta readers “editing by crowdsourcing.” He also said he used to write reviews of speculative fiction novels for money – but “that job is gone.” Who’s taking up the reviewing slack? Bloggers, said Emily Craven (although apparently she doesn’t review books on her own blog). END_OF_DOCUMENT_TOKEN_TO_BE_REPLACED

Our own Chris James is the winner of the Indies Unlimited weekly Flash Fiction competition. There was a tough field of competitors this week. Congratulations to Chris, and thanks to everyone who participated – excellent entries! 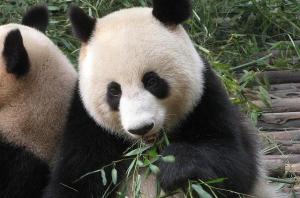 Just for myself, I really don’t believe an author has any business saying anything to a reviewer in public. Let’s be clear: Readers do not review books on behalf of writers. The function of a review is not to service an author’s ego. Reviews are a way for someone who has read a book to tell people who are thinking of reading it whether or not they would recommend doing so. That’s pretty much it. It is a reader-to-reader equation which, I personally think, the writer of the book in question should keep out of altogether. END_OF_DOCUMENT_TOKEN_TO_BE_REPLACED