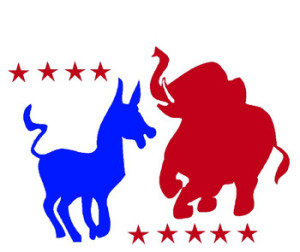 Let me start by outlining my own history of involvement in the wacky world of online everything. Before March of 2011, my presence in Virtual World consisted of an e-mail account I checked once a week or so. If I remembered. I usually didn’t. March 2011, however, was when I first hit that “Publish” button over at KDP, and I figured I had better dive into the digital world, seeing as I was trying to sell digital books.

The only reason I signed up to facebook, Google+, Goodreads, LibraryThing, Shelfari, the Kindle Boards, all and sundry, on and on, ad nausea was – I repeat – to try and spread the word about Ye Olde Fantasy books I was publishing. I had no network of friends with whom I e-corresponded regularly, never used social media as any sort of platform for my views or opinions or any of that. I never had a blog through which I kept anyone informed about my life or my beliefs, or anything else. But as the virtual world seems to be “the done thing,” in Indie World, here I am.

Thus, the most recent presidential election cycle we all just suffered through was the first one I experienced “online.” And boy howdy, what an experience. The chance to witness countless virtual acquaintances reacting all through the run up, the denouement, and the post mortem period was, shall we say, enlightening. It all left me with one major question:

What in the hell are you people doing?

I address this to my fellow authors, others like me who are using their social media presence in large part as a means to the end of getting people to read our written work. During this election cycle, a vast number of my fellow scribblers felt the need to clog the virtual world with so many whackadoodle posts from all points of the political spectrum that I can’t believe they did not totally alienate everyone who isn’t a die-hard, true believer on one side or the other. I am not calling out any specific position – nobody had a monopoly on preposterous polemics. What I’m wondering is why any author trying to sell books to the widest possible audience felt the overwhelming need to share their most outrageous diatribes (or more often pass along somebody else’s) with the whole class?

We all know that this is one of the most sharply divided, polarized times in American culture. Yes, there have and will always be differences of opinions, and our history is littered with instances of them getting totally out of hand. What is new are the giant conglomerates (on both sides) that pass everything that used to be daily information through a political filter, only delivering it to the consumer once it has been slanted to fit whatever angle the media outlet favors. We can all read, listen to, or watch “news” 24-7 now, without ever getting a dissenting opinion that is anything but a target of ridicule. Ergo, people’s positions are less thought out, and more intransigent than ever before. It’s bad, and this is the way things are nowadays.

Aside from those of us doing work that has a hard slant to begin with, why would any of us authors want to wade into these turbulent political waters? That’s what I failed to understand as I was seeing increasingly shrill nonsense filling my newsfeed day after day. Yes, I know we all have a right to believe anything we want, and to shout it from every mountainside. But in exercising that right, we are tacitly acknowledging that everybody else has a right to think we’re obnoxious morons for doing so, right? I have a hard time imagining any potential reader sees a political screed from an author and immediately thinks: “X’s position on marginal tax rates comports with my own, maybe I will read his Paranormal/YA/New Adult/Zombie/Romance/Cozy/Thriller.” I can, however, imagine some readers thinking “This dude is off his nut. Brain, remind me not to buy anything with his name on it. I don’t want to catch the crazy.”

I’m not saying authors should not have political opinions, as of course we all do. All I am saying is that we also have a choice about the manner, tone, and timing with which we choose to make them known in front of a hypothetical audience of potential readers. Do give that some thought the next time you are tempted to click “Share.” 😉

In closing, a one-star review of a book, in its entirety.