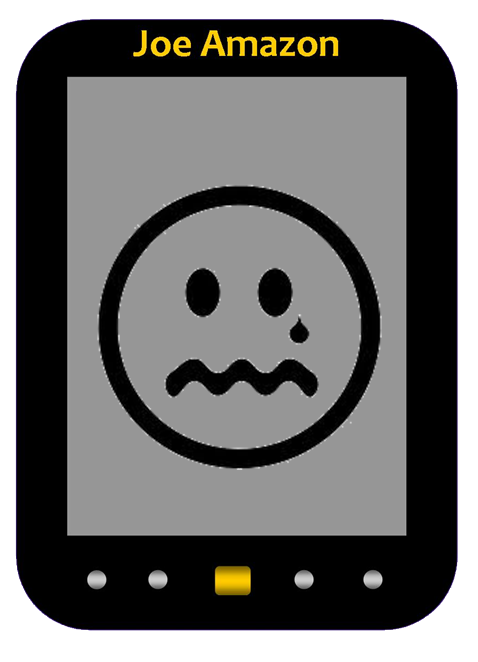 Every journalist has to get an angle on the story, so the reader can relate to the subject and feel informed. But sometimes, the real story is not the one being written about.

In this article on The Guardian, we have a fairly straightforward but misleading angle. The title of the story, ‘Print book sales rise hailed as a sign of a fight back in a digital world’, assumes that there is a battle going on, and that one type of book is bad, and another type of book is good. As this is The Guardian, there are no prizes for guessing which are the bad books. The story is misleading because it is based on seasonal figures: in a rare statistical turnaround, the UK Christmas sales rush saw many more print books sold than e-books, likely to be given as gifts, and the biggest sellers were TV tie-ins specific to the UK market.

As reported, this didn’t stop one mainstream author taking to Twitter to claim, “Real books fighting back!” as though e-books are not real books, with the subsequent unspoken implication that the e-book explosion has been a freak of nature that will shortly be corrected. A quick glance at the comments underneath the article reveals a range of opinions, including no shortage of Kindle-haters who clearly wish that the e-book had never been invented.

To say that this angle on the story represents the last groan of a dying dinosaur would be putting it mildly. Let the ‘establishment’ have their little laughs in the pages of The Guardian if they must, but this seasonal sales blip in one territory cannot be taken as evidence that the trend of growing e-book sales and falling p-book sales has been bucked (the term ‘p-book’ is a little mainstream in-joke for printed books, ho, ho, ho). More relevant to those of us who live in the twenty-first century, however, is this quote tucked away near the end of the article: “Tablets will become so cheap, the screens will get better, battery life will improve significantly and then e-readers will only be kept alive for sentimental reasons.”

This is the real story for anyone looking for clues to the future of publishing. The e-reader already appears to be on the way out, superseded by the growing tablet market. As these devices begin to merge (to have the generic name of ‘slate’, as I predict in my futuristic courtroom thriller Class Action*), Independent Authors will not only have to write and produce the best product they can, but will also have to take account of Angry Birds and everything else a tablet device can offer.

It seems to me that the problem here is that the e-reader has not been around long enough as a standalone device. In large part, the self-publishing explosion was caused by the introduction of the Kindle. Although introduced at the end of 2007, it really took off in 2010, shifting over a million units with a 59% market share of all e-reading devices. But for authors, this was a captive audience because the consumer could only use the device for reading. Now, less than three years later, consumers are forecast to ditch their e-reading devices in favour of tablets that can do almost anything their other mobile devices can do.

At the same time, the story in The Guardian shows that too many people still regard e-reading as something they wouldn’t dirty their hands with. While it is safe to assume that current trends will not change, and that e-book sales will continue to outstrip print book sales, is it possible that the forthcoming demise of the dedicated e-reading device could herald a narrowing of opportunity for the Independent Author? Once all consumers have the full range of digital entertainment on their tablets, will they still read as many books?

*Editor’s note: Indies Unlimited apologises unreservedly for this shameless plug for Mr James’s book. The responsible copy editor who should have deleted this cheeky insert has been thrown to the Angry Birds.