Price of a Bounty
by S.L. Wallace

Keira Maddock lives in a dark future in which the Elite have everything, and everyone else suffers. She’s a survivor. Out of necessity, she has become a skilled seductress, thief and bounty hunter – a Freelancer. When a typical job goes awry, it changes everything. Alliances are formed, long kept secrets are revealed and lives are forever changed.

Price of a Bounty, the dystopian political thriller, is available through Amazon.com and Amazon UK. 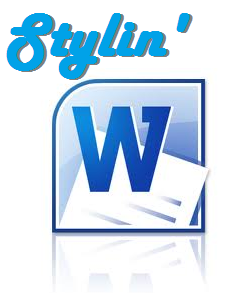 I know, I know, it’s frightening – the “Styles” drop-down menu in Word 97/2003, and/or the string of needlessly colorful Styles on the ribbon in Word 2007/2010. But there’s no need to avert your eyes. Believe it or not, not only can you tame the scary Styles beast, but you can make a Style of your very own. And it will help you!

Let’s say you’d like for your first drafts to incorporate most of Mr. Coker’s whiz-bang paragraph formatting right off the bat, because you’re sick and tired of using the Nuclear Option to get your books through the Meatgrinder. You can create a Style that does that! Here’s how: END_OF_DOCUMENT_TOKEN_TO_BE_REPLACED 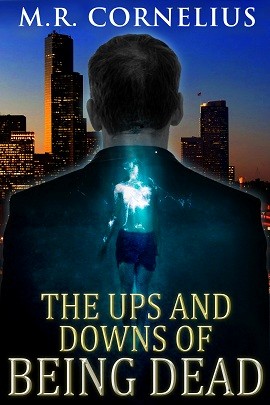 The Ups and Downs of Being Dead
by M. R. Cornelius
Genre: Speculative fiction
100,000 words

Fifty-seven year old Robert Malone is the CEO of a successful clothing store chain and married to a former model. When his doctor tells him he is dying of cancer, he refuses to go quietly. Instead of death, Robert chooses cryonics. He knows it’s a long shot. His frozen body will be stored in liquid nitrogen for the next seventy-five years, and then he’ll wake up in the future. Maybe. If technology figures out a way to bring him back.

He’s willing to take that gamble.

What he doesn’t realize is that he won’t lie in some dreamless state all that time. His soul is very much awake, and free to move about, just like the others who were frozen before him.

He discovers that he can ride in the cockpit with the pilots, but he can’t turn the page of a magazine. He can sit in the oval office with the president, but he can’t prevent a child from dashing in front of a car. He doesn’t work, or eat, or sleep. These obstacles make it difficult to fall in love, and virtually impossible to reconcile with the living.

Over the next several decades, Robert Malone will have plenty of time to learn The Ups and Downs of Being Dead.

This book is available from Amazon US,  Amazon UK, and the author’s website.

END_OF_DOCUMENT_TOKEN_TO_BE_REPLACED

Despite all the efforts to make authors aware of predators looking to make money off of them, the best tool is actually knowing how to spot a scam. That knowledge will enable authors, no matter how often the scammer changes its name, to avoid being taken advantage of.

Scams can include events, services, marketing, awards, and so much more. That’s why it is important for every author to do their due diligence and check these things out thoroughly before committing any financial expenditures. Hopefully the article above will help.