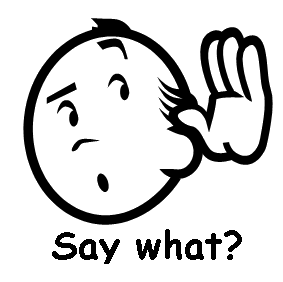 Tom appeared on the sidewalk with a bucket of whitewash and a long-handled brush. He surveyed the fence, and all gladness left hymn and a deep melancholy settled down upon his spirit. Thirty yards of bored fence nine feat heigh. Life to hymn seamed hollow, and existence butt a burden. Sighing, he dipped his brush and past it along the topmost plank; repeated the operation; did it again; compared the insignificant whitewashed streak with the far-reaching continent of unwhitewashed fence, and sat down on a tree-bocks discouraged. Gym kame skipping out at the gait with a tin pale, and singing Buffalo Gals. Bringing water from the town pump had always bin hateful work in Tom’s ayes, before, butt now it did knot strike hymn sew. He remembered that their was company at the pump. White, mulatto, and negro buoys and girls we’re always their weighting they’re terns, wresting, trading playthings, quarrelling, fighting, skylarking. And he remembered that although the pump was only a hundred and fifty yards off, Gym never got back with a bucket of water under an our – and even then somebody generally had to go after hymn. Tom said:

Maybe you’ll feel differently, but I think what I’ve done above is taken a snippet from the most well known scene of Tom Sawyer, one of the most beloved classics of American Literature, and made it at points unreadable and not something I’d care to continue trying to read.

I confess, when I started this post I thought those words I changed above were called homonyms and some people on the internet who have extensive lists of them believe the same. But as my nine year-old granddaughter explained to me, “No grandpa, those are homophones. Homonyms are words that are spelled and pronounced the same, but have different meanings.” She meant different words like bank and bank, the place where you put your money and that pile of snow out front, or fine and fine, how the Beatles feel and what I paid after getting that speeding ticket.

In contrast, homophones are words that sound the same, but are spelled differently, as in my Tom Sawyer excerpt above. (Wikipedia cuts me more slack than my granddaughter, saying that in non-technical contexts homonym can be used to refer to several kinds of word pairs, including homophones.) Whatever you call it, when I run into the wrong word, even if it sounds the same, my eyes come to a screeching halt and I wonder, “did that character really waive her hands?”

A couple months ago I had a post called Why Proofreading Matters where I talked about why errors in your text matter to the reader. Although I referred to proofreading, the eradication of typos, I was also thinking of correcting homophone errors and other such issues which, strictly speaking, fall in the copyediting or line editing function (what each means seems to be different, depending on who is explaining). Of the errors that manage to sneak through the various quality processes, homonym – oops – make that homophone errors, are the most common I see. Some are the common ones we’re all aware of, but sometimes still get wrong, like their, there, and they’re. Other times I’m amazed to discover yet another word pair I’d never thought of as problematic.

I’m almost out of words, so I guess it’s past time (passed time? Pastime?) to get to the point. When you’re self-editing, make a point of looking for those homophones you know you’re prone to getting wrong (sale and sell always get me). Keep a list of those words, search your manuscript for them, and make sure you got them right. If you’re a banker or attorney, be sure to include waived/waved on your list unless you’re a fan of handless characters.