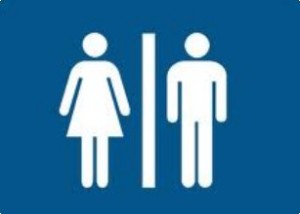 “I can’t believe a woman wrote this!”

There I am, minding my own business, pounding away on my keyboard, trying to get a little quality writing time in, when my sister calls to tell me someone she barely knew told her the above after she’d read a book I’d written. At first I was a tad miffed. How could someone even question my womanliness? I mean, I shower daily and apply eye liner. I enjoy foo foo stuff like candles and perfume. I even like watching historical films and the occasional rom-com.

But then I realized what she said was a compliment. It meant the male point of view (POV) was well represented. And that’s exactly what I intended. Look, I’m not interested in writing women’s fiction or straight romance. Not that I think there’s anything wrong with those genres—I just don’t write them. I like to write thrillers and mysteries; the kind that keep you on the edge of your seat and waiting for the next exciting scene. I like to blow things up and kill people in the most unusual manner. I also try to have my characters’ dialogue ring true. That means making each person sound like who or what they are.

The book she was referring to is Serial Date, which has folks like Leine Basso, a retired female assassin, and various and sundry male and female players, some of whom are real d*cks. (And no, I don’t mean ducks, people.) One of the characters, Peter, is a sociopath. He uses people, including women, and there’s a scene in the book where he is, uh, having a conversation with a contestant and isn’t real interested in reciprocating. There just ain’t no love with someone like that, and I wrote him accordingly.

Of course, my sister’s acquaintance could have been referring to the scene where Leine has to fight off another assassin sent to kill her, or when she has to procure something from the Russian mafia and they’re not interested in giving it to her without a fight. Or, possibly it could have been the scenes from the killer’s perspective. I always try to write from the POV of the character who has the most to lose in a scene, male or female, and use language and detail appropriate to the personality.

And I love it.

The majority of writers I know are first and foremost observers. We watch things; sometimes from the sidelines, sometimes from the middle of the action. I know growing up I always felt like I was on the outside looking in, even when I was ‘in’. It’s a great perspective. I constantly find myself mentally filing away expressions, snippets of conversation, mannerisms, etc. It’s not something I have to do consciously. It’s instinctive.

I once read a passage where the author had the male POV character notice a pale goldenrod satin duvet and matching pillow shams. In those words. I don’t know about you, but my husband thinks a duvet is a communicable disease, and pale goldenrod? Please. It’s yellow, or tan at best, if he even notices the color. Yes, I get that there are men who love fabric and colors and all things décor, but the majority just don’t care. If you’re gonna have ’em notice, you gotta set their personality up beforehand.

So, back to writing from the opposite sex’s POV. To be a good writer, I believe you need to be able to nail the differences between the sexes, as well as to not be afraid of expressing what you’ve observed. We’re pushed by society to fit into the gender box and act accordingly. Well, I’m here to tell you, it’s way more fun to write from a different perspective than what is considered ‘correct’. There are some great male writers who have their female characters down, and vice-versa. There are also a few who just don’t get it and when I read them, I want to throw their book against an Orc. (Sorry, Hobbits are on my mind, apparently)

16 thoughts on “Writing POV: The Opposite Sex”