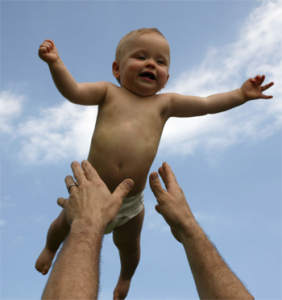 This month marks my one year anniversary at Indies Unlimited. I can only imagine that Stephen Hise was slightly intoxicated when he asked if I would consider writing a column for this site. After all, I am the least experienced writer on his staff, and there are nearly two dozen multi-talented people looking over my shoulder at the moment. (Seriously, you guys need to get back to work.)

One year into the adventure of writing a novel and there are a few things I would like to share with you. By you, I mean the struggling author in training.

As you’ve no doubt learned by now, writing isn’t always easy. Recently I was forced to take a four month hiatus from my novels to focus on the job that keeps food on the table and the power running. When I came back to my works in progress I found the passion for writing these stories had waned during my absence. This was unexpected, and for a couple of weeks I didn’t know what to do about it.

One book was nearly complete, at least three-quarters, and I already had the cover art for it. The other book stood at twenty percent complete, and I lacked the desire or passion to work on either. Writing is easier when you feel like writing. As my family and friends will attest to, I rarely do anything unless I feel like doing it.

I did try working on them, though every word of every sentence I wrote seemed contrived. My heart just wasn’t in it. An experienced writer will tell you, as they told me, to just keep going until it’s finished. In other words, suck it up and carry on. If I were an experienced writer then perhaps I could follow their advice.

My problem, dear author in training, is that I only have one chance to make a first impression. If I’m not excited about my own writing then I certainly can’t expect anyone else to rave over it. I know good writing when I read it, just as I know bad writing when I write it.

My passion for creativity still exists, even if it doesn’t extend to finishing those works in progress. I will of course get back to them, eventually. In the meantime I’m having fun with a new writing project. If you’re interested in the details then check out my documentary blog for more info.

There is a point in telling you this story, and I’ll get to it in a moment, so bear with me.

When I first decided to pursue this writing adventure I had the support of my wife, and only my wife. She allowed me the time needed to work on the book, the blog, guest blogs, and the entire social networking scene that research told me I needed to be a part of. I had no idea what I was doing, where I was going, or how it would turn out. Still, she never wavered in her support.

I’ve said this before in other posts and it bears repeating – Writers Need Support. If you want to follow your dream of writing, then build a support system around you. Writers need encouragement, especially if they are inexperienced. Anyone can write and become better with practice. Feedback is essential to this process, and I have been quite fortunate in that area.

To build upon a previous column post, here’s another story.

I remember signing up for a Twitter account and how intimidating it all was. At first I followed the people that Twitter recommended. Growing bolder, I started to search for people who enjoyed reading and writing. Chris James, a very talented author, was one of the first people I sent a tweet to. As required by some unwritten marketing law, Chris had tweeted about his new book, The Second Internet Café: The Dimension Researcher. I bought a copy based solely on his humorous tweets. It’s also the very first book that I reviewed for my new blog at the time. (Spoiler Alert:  It’s a great book.)

Little did I know that my new friend would eventually become a valuable confidant where my writing adventure was concerned. And…he wasn’t the only one. My support network was built on Twitter, following interesting, intelligent, and talented writers. Follow @TheGuildInk on Twitter to meet a few.

Now, I told you that story to help define the point I alluded to earlier.

I’ve made many mistakes on this journey, ones that new writers would do well to avoid. I’ve also had a few successes, including the sale of some writing. However, the biggest success by far is the support group I have around me. I could not, and would not want to do this without them.

It does not matter how experienced a writer you are. If you want to write a book, you can.

If I wanted to publish a book next month, I could. It wouldn’t be my best work, or probably even one that I would be proud of, but I could. I won’t though. I can afford to take my time and get it right. Without a support group I don’t think this would be possible. They keep me going.

Your writing journey doesn’t need to be as public as I’ve made mine, but you should step out of your comfort zone. Sharing is essential to building a good support group. Create a blog, or a Facebook group, search for other people with similar interests on Twitter – Make yourself known.

After a year on this adventure, my dear author in training, that is the best advice I can give you. I wish you success on your journey

19 thoughts on “The Best Advice”