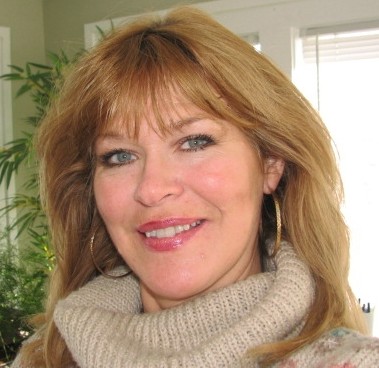 Born and raised on the Canadian prairies, Dianne Greenlay is the author of QUINTSPINNER – A PIRATE’S QUEST and DEADLY MISFORTUNE, Books One and Two in a fast-paced adventure series, set in the 1700’s, in the pirate-infested waters of the West Indies. While DEADLY MISFORTUNE is a brand new release, QUINTSPINNER has gone on to win multiple awards in Best YA (Writer’s Digest), Best Commercial Novel (Eric Hoffer), Best Historical (ReaderViewes) and Book of the Year ( Foreword Reviews) categories, and it has gathered nearly a half million reads on Wattpad in less than 6 months. Straying into the genre of humor/comedy, Dianne is also the author of THE CAMPING GUY, which is available as both a one act comedy (live theater script) and a short story.

Dianne built her platform by first entering her novel into several book award contests, and then made a Facebook page for it. “I set up a Twitter account and began a blog on eblogger right after that. I have found Twitter has been the most effective way to promote my novels, but having good reviews is an absolute must as well. In the end, word-of-mouth among enthusiastic readers is the most powerful element of marketing.”

As for her favorite part of the writing process, Dianne says, “I love the world building, being swept away in the story that is going on in my mind. The journey is so often full of surprises! At one point, when I was writing a scene with a cannonball fight in it, I would have sworn that I could even smell the clouds of smoke thickening the air. Turns out, it was the neighbors’ barbeque…”

The hardest kind of scene for Dianne to write?  “I have trouble writing love/sex/romantic scenes. Part of the problem is that I write for a cross-over audience so it’s hard to know how much description to include for both YA and adult audiences. Also, I am a bit shy about having people who know me, read intimate scenes that I have written. And sometimes, the situation reverses itself. I once asked one of my teenage sons to read and give me his opinion on one such scene. His reply was Wow Mom, that scene was smokin’ HOT! When I asked him if he would recommend it to his friends to read, he hesitated, then said, Well, I guess so, but I don’t really want my friends to know that my MOM wrote that!”

Her pet peeve is the occasional attitude of both readers and authors who deem some genres of fiction (chick lit, romance, action/adventure) to somehow be less worthy than the conventional literary genre. “We’re all in the business of entertaining readers, and something that is written just to be entertaining is providing just as important a role as the historical masterpieces and contemporary literary works do.”

What does Dianne’s crystal ball say about the upheaval in publishing? “I think that what was unthinkable even 5 years ago is already happening. Sadly, there is a slow decline into near extinction of the brick and mortar stores. There will be fewer of them as the popularity and convenience of ebooks continues to explode. Traditional publishing is already starting to compromise in an effort to save its life – many self-published authors have been able to negotiate print-only contracts for themselves with traditional publishers agreeing to authors keeping the rights to ebook versions.”

Dianne Greenlay is also a playwright, producer, and Creative Director of the long-running community theater group, Darkhorse Theatre. She is fluent in at least her mother tongue and she thanks her fierce English teachers for that. Learn more about Dianne at www.diannegreenlay.com or her Amazon author page.