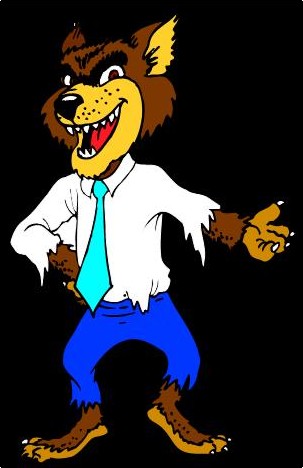 I loved monster movies when I was a kid.

When one harkens back to the classic monsters, there are really only three types that have literary legs. At least, I am unaware of any boom in Godzilla-based novels.

I don’t count ghosts as monsters because, well, they’re ghosts.

Frankenstein was for all intents and purposes, a zombie, as was the Mummy; though neither was of the more popular brain-consuming variety.

Aliens of any variety don’t count as monsters because wherever they come from, they’re just regular. On their home-worlds, they’d just be Joe the Blob, Fred the Predator, Alice the Alien, Marsha the Body-Snatcher, etc.

Werewolves, vampires, and zombies each have a literary niche in the horror genre, and each has a dedicated fan-base. I marvel at the idea that of all the monsters ever created, these alone should have flowered in books as they have.

What do they have that other monsters don’t? Why are these guys drowning in groupies while the Creature from the Black Lagoon treks back from the mailbox empty-handed day after day?

Vampires have a kind of sex appeal. I’m not talking about sparkly-skinned angsty teen vampires, but the hypnotically seductive killers who actually get around to drinking blood.

They have style and flair. They are smart and dangerous. In short, they’re the cool kids everyone wants to hang out with.

Check out these vampire chicks. There are worse ways to go.

Werewolves are something else. I get the feeling that while vampires rule the night, the night rules werewolves. From Lon Chaney to David Naughton, werewolves have been portrayed as remorseful killers. I guess with great evil comes great responsibility. Bummer. I’ll take the vampires.

Zombies, I don’t quite get. I know lots of people watch The Walking Dead Have Talent, or whatever that show is. I don’t. I just don’t get zombies. What kind of lame-ass monster can be dispatched with a shovel to the head? That’s just not right. If you bonk a vampire or a werewolf on the head with a shovel, it won’t even slow them down.

I suppose with zombies, it is their unrelenting nature and sheer number that reckons in. You can only swing a shovel for so long before you need to take a break and then—goodbye brains. They need the weight of numbers though. A single vampire or werewolf could pretty much wreak havoc on a whole community. Any yokel with a shotgun can take out one zombie.

All these monsters share one characteristic: they started out as humans. It makes me wonder if there is something to that factor alone. Otherwise, why not trolls and ogres? Surely they hung around the same dark forbidding landscapes and terrorized some of the same villages.

I think we have to prepare for the possible demise of our three faves, though. We need new monsters. So, let’s start pitching some ideas, people. No ghosts or devils or any of that crap. Gimme a fresh monster, something catchy. Whaddya got?

23 thoughts on “Vampires and Werewolves and Zombies, Oh My!”