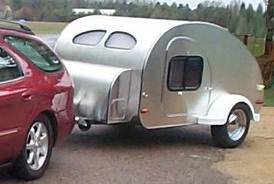 Every time I begin a sentence with “and”, a voice in my head sings, “You’re not supposed to do that.” I usually fix it and apologize internally to my ninth grade English teacher. So it pains me to admit that after hours of research, I could find no official rule against using a conjunction to start a sentence. Yes, there is a raging controversy about it, but here’s what’s not up for debate: If there is or ever was such a rule, it has a long history of being ignored. I pulled six books at random from my shelves and easily found the following examples.

“And now that you’re mastering the creation of characters, it’s time to ask, ‘How do you plot that story?’” — Stein on Writing by Sol Stein, described on the cover as “a master editor of some of the most successful writers of our century”

“And now I felt that it was not enough; I tired of the routine of eight years in one afternoon.” — Jane Eyre by Charlotte Bronte

“And what music we used to have.” — “Double Birthday” by Willa Cather in The Best American Short Stories of the Century

“And if the House of Representatives shall not choose a President…before the fourth day of March next following, then the Vice-President shall act as President…” — The Constitution of the United States

“And so the Lord God put the man into a trance, and while he slept, he took one of his ribs and closed the flesh over the other place.” — The Bible, Oxford Study Edition

“And his original Rule 11 was ‘Make definite assertions.’” – The Elements of Style foreword by E.B. White

So famous writers do it–that doesn’t make it right. Those three-letter protrusions are an eyesore. The sentences above are as useless as a wagon trailer that has a hitch but no truck.

Yet I can’t help wondering if these examples seem wrong only because they were taken out of context; they were meant to be read with a preceding sentence. If so, then the entire controversy boils down to a period between two thoughts. When related thoughts are linked by a comma, a semi-colon, or a dash, no one complains; so what’s the big deal about a period? It’s just a little dot, not the Berlin Wall. If we can follow a pronoun back a full sentence to find the reference noun, then why can’t we follow a conjunction back to the related thought?

At this point, a third of you are ready to capitalize every “and” in sight. Hold your horses; I have more to say to you. Another third are defending your English teachers, convinced they would never claim a rule that doesn’t exist. The final third stopped reading at the first mention of a conjunction. They are not interested in remembering that there are three types of sentences: simple, compound, and complex. Simple sentences stand on their own with one complete thought; they have one subject and one predicate. Compound sentences have more than one complete thought joined by a coordinating conjunction. Complex sentences combine independent clauses with dependent clauses.

If you just skipped over the previous definitions, then you can imagine their effect on a room full of teenagers. It may be all a teacher can do to get the basic concepts into young brains, never mind the nuances. A person can succeed in life without ever starting a sentence with “and”, so if a teacher or textbook suggests it is a rule, what’s the harm? We learn a lot in school that upon further experience turns out to be oversimplified.

If you now believe it’s okay to start a sentence with a conjunction, the trouble, as always, is your audience–those pesky readers. Are they going to appreciate your use of unusual albeit technically correct grammar? In formal articles, probably not, so why risk your credibility by jarring your audience with a period and a three-letter word?

In creative pieces, maybe you want to jar your audience. Get them to stop. To ponder. To let a thought sink in. And creative readers are probably more open to grammatical twists used for emphasis. Just use them sparingly to conserve their power. Consider the following:

• Could you delete the “and” at the beginning of the sentence and trust your readers to understand the connection?

• Does your cadence really require a full period stop? Would an em dash do? Could you bridge both thoughts with a semicolon and leave out the “and” entirely?

• Are you just being lazy? Did you add a period simply because you have a run-on sentence that needed a break? Does your entire paragraph now read like a run-on because you have connected all the hard stops with “and”s? Are you using this tool to avoid a complex sentence because you don’t know how to punctuate it?

If you’ve asked and answered all of the above, then feel free to wield the period and capitalize your conjunction. And tell your inner voice to stop crying.

Krista Tibbs is a Contributing Author for Indies Unlimited and author of the novel, THE NEUROLOGY OF ANGELS, as well as an illustrated collection of short stories, REFLECTIONS AND TAILS. For more information, please see the IU Bio page and her blog: shadesofwhitematter.com

21 thoughts on “And: The Rule That Never Was”