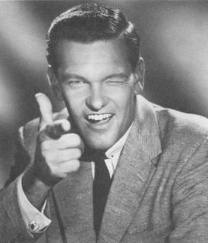 Hi everyone. I’m Bob Hammond. You probably know me as the author of international runaway bestselling series such as Fifty Shades of Twilight and The Hunger Game of Thrones. I’m kind of a big deal.

I’m here because I care about people—little people like you. Also, I lost a bet to Hise, but mostly, the caring thing.

The upshot is that I’ll be putting my very valuable expertise and experience at your disposal for as long as it takes for the check to clear. You’ll be getting tips and access to insights from a Diamond-level member of the Very Prestigious Author’s Association (VPAA). Don’t bother trying to look up the VPAA, you can’t. You don’t look them up—they look you up, and then only if they’re interested in you. And they’re not.

No doubt you’re duly impressed, so until the shock wears off, we’ll just get started with my answers to some fan mail from other authors in years past.

One of the areas in which even accomplished authors have difficulty is coming up with titles for their books. The title has to sell the whole concept, so you have to put some real thought into it. People who can write a whole book shouldn’t really hit the wall when it comes to just thinking up a few words for a workable title, but as this exchange shows, it does happen even to moderately talented authors:

Ernest H. wrote:
“Bob, I’m really struggling in thinking of a good title for my latest novel and would appreciate your thoughts. The book is about an elderly fisherman who battles with an enormous marlin. The story is a metaphor of man’s place within nature. Both the old fisherman and the marlin display qualities of pride, honor, and bravery, and both are subject to the same eternal law: they must kill or be killed. Got any ideas?”

I replied:
“Ernest, you’re over-thinking this. Look, your story is about some old man and a fish, right? Don’t get your hopes up too much. Just go with a title like, The Geezer and the Ocean, or The Old Man and the Big Fish, or something along those lines. By the way, if you’re not going to wear the tweed jacket with the elbow patches I sent you, at least grow a beard. Try to look more authorly.”

Authors can also get stumped with how to close their books. A clever and memorable ending line is essential to any quality work. Unfortunately, even I can’t help everybody:

Margaret M. wrote:
“Dearest Bob, may I ask your help in coming up with an ending for my book? It is an epic romance set during the Civil War. I am very satisfied with all but the closing line.”

I replied:
“Margaret, I can’t imagine anyone being very interested in such a subject. As much as I like you personally, when it comes to your book my dear, I don’t give a damn.”

Sometimes, in spite of having an otherwise good novel, the central premise just falls flat. Remember, at the center of everything lies the core, which is the very heart of your book.

Peter B. wrote:
“I am working on a novel about an island resort community that is terrorized by a giant grouper. I can’t put my finger on it, but somehow, it’s just not working. Any advice would be appreciated.”

I replied:
“Pete, a giant grouper just won’t do the trick. You need something with more inherent menace—maybe a giant octopus or a shark or something.”

Here’s an example of what I call the “Batman Phenomenon.” The whole problem with the Batman movies is that Batman himself is the least interesting character. As an author, it is not enough to give your characters some sort of interesting trait or power, they have to stand out.

Stephenie M. wrote:
“Bob, I’m working on a series of vampire-themed emo teen fantasy romance novels. The problem is that my vampire characters just seem kind of flat. I need your help.”

I replied:
“Steph, whether your characters are vampires or not doesn’t matter. Reach inside your imagination and find a way to make them sparkle for your readers. I’m sure you can come up with something.”

Finally, it is important to understand the role of focus. Your story can’t revolve around too many different things.

J. K. wrote:
“Bob, I’m working on a fantasy series. Long and short is that it’s about a boy wizard who goes to a magical wizard summer camp. At the camp, there’s a psychopathic killer who murders all the campers one by one. Somehow, it’s just not coming together for me. What am I not seeing?”

I replied:
“J.K., your story is all a muddle. Either go with the psychopathic killer at the camp or do something with the boy wizard—maybe send the boy wizard to a magic prep-school sort of thing. Nah, that would never work. Go with the killer.”

I don’t know whatever happened to those folks. If they took my advice, I presume they went on to greatness. Anyway, now you can see the kind of rare wisdom and formidable intellect I can bring to bear. Don’t be afraid to ask questions. I probably won’t answer, but I assume Hise or someone from the housekeeping staff will put your people in touch with my people so they can do lunch with each other.