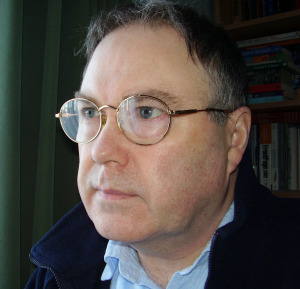 In the distant past when typewriters still roamed the earth, people would ask me: “How long should a book be?”

Being the contrary soul that I am, I would answer: “How long is a piece of string?”

Annoying as it was (and it led to people searching out bits of string long enough to strangle me), there was a truth there. A book, any book, needed to be just the right length to complete your intended narrative in the exact amount of detail appropriate.

Observant readers will notice that last paragraph is in the past tense. Personally I would still say a book needs to be just the right length to complete the narrative, but I’m just a writer, so what do I know?

Nothing, apparently. ‘Cos I’m just the guy that comes up with the ideas, sorts them into an interesting order, slaves over each word to bring out background, characters and story.

If the work was well enough written, if an agent or editor saw potential in the author, if they thought they could make decent enough sales, chances are, the work would be published. That does, of course, simplify things, but life for your average writer was simpler.

So just what is my point in all this and when, oh when, am I going to get to it?

What I’m struggling toward is this [promotion alert]: I had a book published this year. Genre fiction. Fantasy. Having spent several gruelling years on intense literary projects, I wanted to relax a little. So I sat down and bashed out a first draft in thirty days. Impressed with myself (even for me), I worked on it, polished it, and began sending it round to agents and editors.

Without exception, I was told how well it was written. Without exception it was rejected. On the grounds it was too short for the genre. At seventy-thousand words I thought it was respectable. I had cut it down from something more bloated to produce a tight, pacy work. It was a page turner. You got to the end and wanted to read more and would, therefore, pester the publisher for the next one in the series. So when did seventy-thousand stop being enough, I wondered.

The only way to get an answer was to go and ask. Agents told me they won’t take anything they can’t sell – fair enough. Editors told me they won’t commission anything they can’t sell – it’s down to readers. I asked for the evidence. According to one of the main editors in the business, readers only buy long novels. I asked why they don’t buy shorter novels. The same editor informed me it’s because nobody publishes short novels. This conversation went round in circles for a bit, but I got off the merry-go-round as it was clear the editor couldn’t see the flaw (and I still have to stop banging my head on the wall when I think of it).

Readers might want value for money but on the whole they are intelligent enough to equate that with quality of read rather than length of book.

Sticking to a rigid, genre-based word-count may well be one of the reasons why mainstream publishers seem to be struggling. How they have became so fixed in their ways is a mystery (although I suspect this has more than a little to do with mainstream publishers paying more attention to shareholders and moneymen than to the people who produce the goods they are licensed to sell). It may also explain the popularity of electronic and other self-publishing. It is one less unnecessary stricture to worry about.

To finish, then, some words of warning/advice: as well as all the other things you need to take into consideration when writing for the mainstream, you have to consider whether you can squeeze your story into the arbitrary limits of a genre word count. I was lucky and found a small publisher willing to get radical and go with seventy-thousand words. They don’t have the reach of the big publishers, but I have my integrity as writer intact. For now.

Graeme K. Talboys was born in London and grew up in the 1960s which explains just about everything you need to know about him. He’s been a teacher most of his life (in schools and museums). In an alternate universe he’s a successful writer and sometimes bits of that leak into this world. His latest book is Stealing into Winter, a fantasy. You can learn more about Graeme on his Amazon.com Author Central Page, and when he can be bothered, he blogs here.

13 thoughts on “How Long is a Piece of String?”