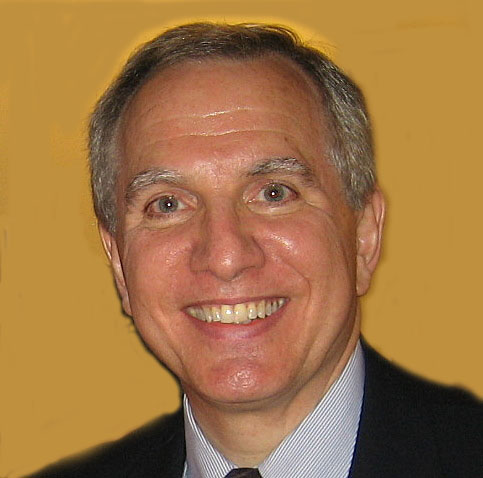 Willum Mortimus Granger was beside himself. In fact when his body was found the top half was right next to the bottom.

Thus begins my live-tweeted comic mystery novel, Executive Severance. The investigating detective soon realizes that the victim was on Twitter when he was slain. Were his Twitter posts the key to solving his murder? Further along in the investigation, the detective is asked for his ID and flashes his cell phone:

“What are you showing me?”

“On your cell phone? What are you, a phony detective?”

“No. A true detective who tweets.”

“You’re a detective who tweets the truth to Twitterers you can’t detect?”

Executive Severance is a Twitter mystery, live-composed in Twitter, with a tweeting detective as its protagonist. I soon found that writing for Twitter poses special problems for an author. With a 140 character limit on each post, you’re faced with a critical decision: Does each tweet have to be interesting on its own? If your medium truly is Twitter, is success measured by number of followers? Is it even possible to maintain a narrative structure and attract a reading public in Twitter, 140 characters at a time?

Twitter first appeared as a medium for communication in 2006 and today boasts more that 500 million followers posting in excess of 350 million tweets daily. An online application that is part blog, part social networking site, part cell phone/IM tool, Twitter seems designed primarily to let its users answer the question “What are you doing, right now?”

By the time I joined Twitter in 2009, mainstream media commentators were already wondering if Twitter and the other social media were making us dumber. With cute cats, mundane observations and seemingly random abbreviations abounding, with grammar, punctuation and spelling flying out every Microsofted window, a general dumbing-down seemed a distinct possibility.

Media Ecologist Neil Postman noted that any new communication medium inevitably benefits some, disfavors others. Because of this, the introduction of a new medium is often met with fear and trepidation. For example, the printing press, invented by Johannes Gutenberg in 1440, allowed the general public to have access to books and thus to knowledge that had been previously unavailable without a elite gatekeeper. General literacy was of some concern to Catholic priests who feared a population with access to inexpensive native language Bibles might arrive at their own unorthodox interpretations of scripture. The printing press also led to broader inquiries into science, the arts, history and human nature upending received wisdom and known in hindsight as “The Renaissance”. Cheap books helped spread literacy, gave native language voice to new writers and enabled the creation of a reading audience. Who would be the winners and losers in Twitter? Was literature an inevitable casualty of digital communication?

I believe there is hope for Twitter as a creative forum. To challenge the negative responses to Twitter I conceived a literary experiment: I would attempt to write a mystery story one Tweet at a time. I coined a new term “Twitstery” for the Twitter mystery genre and created a Twitter account “@RKBs_Twitstery” as a container for my detective tale. Starting on May 6, 2009 I posted a new tweet twice a day, every day, for 15 months, never missing a deadline. 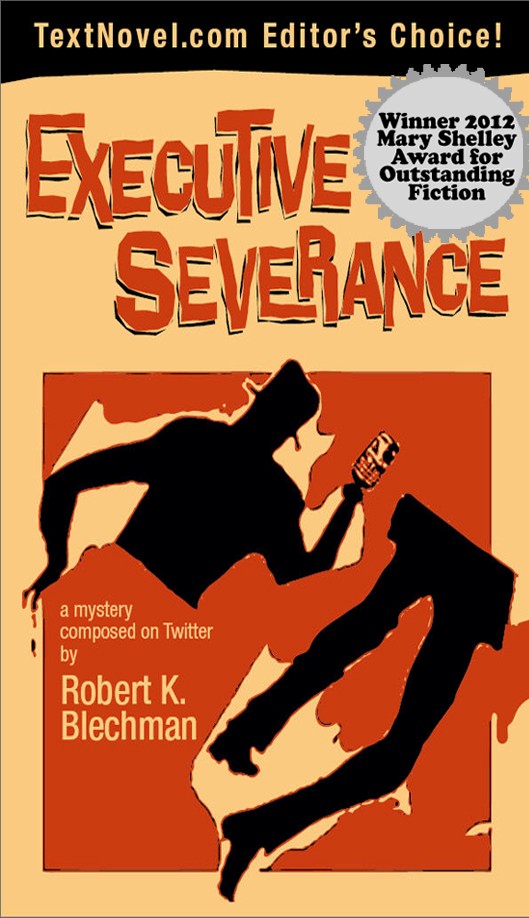 Why a detective story in Twitter? In reading a detective story the reader participates as co-author simply because so much has been left out of the narrative. The detective novelist plants clues along the way, as well as false leads or “red herrings” that draw the reader in to anticipate the solution to the mystery. Twitter is also intensely participatory and yet necessarily limited and so it seemed a natural fit to adopt the detective genre as the driver for my story. Would my hero solve the crime? Would he undergo physical and mental trials? Would he get the girl? Would he spawn a publishing franchise? The detective genre also provided an accessible facade to what I conceived could be a new type of poetry, Twitter expressed. My work would be a sort of sheep in wolf’s clothing with my mystery genre tweets a new type of constrained poesy.

Two key events occurred during the tweeting of Executive Severance. About halfway through the story I engaged in the following email exchange:

“We’ve been following your Twitter detective story. Are you planning to bring it out in book form?”

“No. We’re a publishing house. We’re soliciting you. We’d like to bring your Tweets out in print. Are you planning to finish your story?”

Now that I had a potential publisher, I continued tweeting my story in earnest.

The second event took place in the fall of 2009. I happened to turn on CSI-Miami to discover the murder victim in that evening’s episode was also cut in half. “Damn.” I thought, “They’ve stolen my idea.” Then it occurred to me that I should see how they solved the murder. Maybe I could use their idea. According to CSI-Miami, the murderer used a Japanese samurai sword while riding a high speed motorcycle to slice his victim in two. Okaay. While that particular explanation didn’t appeal to me, I was able to use it later in my story:

“Any fool can see you bisected Granger with a katana while riding a speeding motorbike.”

“That’s ridiculous. You watch too much CSI-Miami.”

Twitter’s 140 character limit required intensive wordsmithing, the omission of punctuation in some cases, and a lot of counting. Spelling, punctuation and grammar had to bend to the dictates of the medium. In other words, the standards we have accepted since the printing press are now being challenged by Digital Age literacy.

I soon realized that episodic nature of the Twitter timetable forced me to adopt the serial techniques of newspaper comic page story telling. I needed to learn the narrative strategies of cartoonists like Al Capp (L’il Abner) and Chester Ghould (Dick Tracy) as well as mystery writers like Dashiell Hammett (The Maltese Falcon), Raymond Chandler (The Big Sleep) and Robert B. Parker (40 Spenser novels). So the art of Twitter storytelling requires narrative considerations similar to detective stories and also similar to daily comic strips.

Twitter as a storytelling medium is attracting the attention of established writers. Recently The New Yorker magazine gave legitimacy to the notion of “Twitter literature”, publishing Jennifer Egan’s short story “Black Box” one tweet per minute for an hour each night until completed. And for the 16 months prior to the 2012 election Elinor Lipman tweeted a poem a day on current politics.

Is Twitter a training ground for the writer of the Digital Age? I would suggest that Twitter detractors consider the gold in the Twitter stream, not just the dross. Perhaps in the future, it will become the norm to produce our literature 140 characters at a time. Speaking as a Twitter novelist, I certainly hope so.

The complete collected tweets of Executive Severance have been published by NeoPoiesis Press and can be purchased from Amazon. Learn more at: http://www.executiveseverance.blogspot.com/

A companion blog to Executive Severance, can be found at: http://whalefire.wordpress.com/ Dr. Blechman continues to tweet at @RKBs_Twitstery, discusses his Media Ecology musings at his blog, “A Model Media Ecologist” at http://www.robertkblechman.blogspot.com, and is hard at work on a sequel to Executive Severance which will be tweeted at @Twitstery starting at 9AM January 14, 2013 with new postings at 9AM, Noon and 9PM each day until completion.