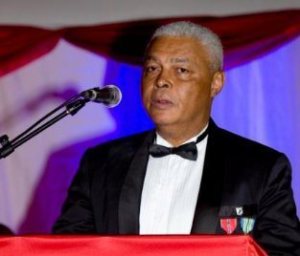 I’ve been writing since my teens; more years than I care to count; and, even as a teenager, what I wrote was aimed at an adult audience.

I am constantly coming across articles suggesting that writers consider targeting the YA market. My problem was, having for so long been immersed in a world of gritty reality and often harsh speech, I wasn’t sure I could make the transition and still retain what I view as my ‘unique’ voice.

What motivated me to take the plunge was a blog I read a few years ago about writing parody. As luck would have it, one of the examples used in that particular article was writing parodies of fairy tales. That got me to thinking, and, loving plays on words as I do, I began searching for a fairy tale or children’s story to experiment on.

One of my favorites is Lewis Carroll’s Alice’s Adventures in Wonderland, often referred to simply as Alice in Wonderland. I’d previously written an urban fantasy about a 40-year-old loser whose deceased grandmother came back as a tiny spirit, so it struck me that a parody of Alice would be easier if I stuck to what I know; and so, the idea of Wallace in Underland was born. Note the play on words in the title. I switched everything; the little English girl became a young African-American urban kid, and the rabbit hole was transformed into a rat hole.

Having spent 50 years in government service, I’ve been extensively involved in leadership training and speaking in schools and community groups, mostly to young students. I’ve found youngsters to be more inquisitive than adult audiences, but, also that they don’t know a lot about their own country’s history. From this the idea for a historical series for young adults was born. I’ve always been interested in history, and spend a lot of my time digging through libraries and archives to get the ‘true’ story. The contributions made by minorities and women to American military history, and the fact that popular media, history books, and most fiction tends to ignore it, bothered me.

When I was a student at the U.S. National War College in the late 1990s, I did a series of monographs on this missing part of history. The more I learned, the more I wanted to share with others. Having cut my teeth on the parody, it wasn’t as hard as I feared; I just had to watch my language.

Amazingly, the stories have also appealed to adult audiences, especially readers who love westerns, even though it wasn’t my intent to write westerns. Even more surprisingly, people who have been introduced to my books through the Buffalo Soldier series have also shown interest in my grittier mysteries. A lot of this is due to the fact that I decided at the outset to make them available in both paperback and e-Book format through Amazon’s Kindle Select program. With the ability to offer a book free for a period of time in the KDP program, I’ve noticed an uptick in sales of other unrelated titles each time I do the free promotion.

I’m still working on the appropriate means to promote my YA writing. A lot of the marketing of my other titles is done through my blogs and the social media sites I participate in, and, I’m not sure how many young people are represented in their audiences. That’s my next quest; to develop a specific marketing plan just for the YA titles, while at the same time, expanding my offerings.

I don’t anticipate moving away from writing for an adult audience. Writing across a number of genres as I currently do, I see no problem with adding YA subjects to my catalog. My habit of working on two novels at the same time sometimes presents a problem. I have to remember when I move from one to another, if the other happens to be for young people, to switch off the gritty reality cap, and tone the language down; keep the sentences active and short, and steer clear of long convoluted narrative. The main objective is to tell a good story, which applies regardless of the age of the audience. In that regard, the decision to try my hand at writing for a young audience has improved my other writing.

In the end, I’ve discovered, the story is what matters.

Charles Ray has been writing fiction since his teens. The author of the Al Pennyback mystery series, he has recently expanded his writing to include novels for young adult audiences. A retired government official, he writes from the perspective of more than 50 years experience traveling around the world. He is currently working on an anthology of articles about life in the U.S. Foreign Service. You can learn more about Charles at his blog and his Amazon.com Author Central page.