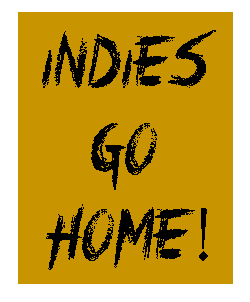 Following K.S. Brooks’ latest Tutorial Tuesday column, addressing Reddit, the Reddit welcome wagon came out. Apparently, at least some members of that community do not relish the thought of having indie writers among their ranks. Not content to vent their spleens there, a few members of their community decided to come here and make some comments ranging from condescending to vulgar.

In fairness, a few Reddit members came over and tried to offer some helpful advice. I wouldn’t paint all the members of their community with the same broad brush. I would hope people wouldn’t do that with ours either. Life is full of disappointments, though.

I’m not going to pretend I wasn’t offended by the ad hominem nature of the comments. It doesn’t require a surfeit of intellectual firepower to make fun of someone who is struggling in attempting to do something for the first time when you yourself have mastered it. It’s also easy to forget all people are newbies at some point.

I thank the few members of the Reddit community who came to offer some helpful insight. As for the attempted commenters whose inelegant bon mots did not make it past our spam wall, I will abstain from responding in kind.

Everyone makes their own decisions about which social media platforms to use. I’ve made mine, and I am sure Reddit will be none the poorer for it. If you decide to use Reddit, I wish you the best. There do seem to be some reasonable folks over there. Don’t be surprised if some of the others look at you like you’re a possum in the punchbowl, though.

There is an opportunity masked in every difficulty. From this, let us remind ourselves once more that the newbies in our own community need our help, not our condescension. We were all there once. I would hope our community would be more helpful and welcoming than some others.