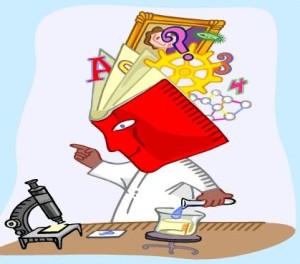 ‘Write what you know.’ We have all heard that statement in one context or another, but what does it mean? This is actually a beast that raises its head periodically, in many different guises, at Indies Unlimited. The ‘Get it right’ posts are just one guise; I think all of the staff and several guests have done at least one piece on the subject. ‘Get the fight right!’ was my contribution (write what you know, right?). However, it all comes down to the same thing; you have to know what you are writing about or risk being labelled unprofessional. Do The Research. 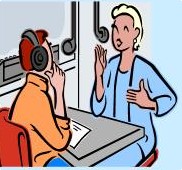 I was being interviewed on an ABC (Australian Broadcasting Corporation) radio program last year and one of the questions put to me was, “So, being an historical fiction based on fact, I suppose you would have had to do some research for ‘Terra Nullius’; as apposed to, say, your usual genres of memoir or pure fiction?” The assumption being that the ‘memoirs’ came straight out of my memory, and the ‘fiction’ came straight out of my imagination.

“Research plays a major part in the writing of any book,” I said. “Even fantasy requires the writer to get some general facts and rules straight; they may actually conduct considerable research on certain aspects, giving their story credibility. Some in-depth, researched facts can do wonders to suspend a reader’s disbelief, regardless of genre.” 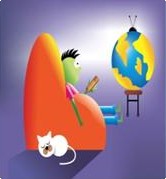 Research takes many forms and, although ‘observational research’ is probably the primary method of research for writers of fiction, writing a novel requires multiple phases of research, reflection and exploration to transform an original vision into a completed manuscript. All writers are natural observers, and so their research is a never ending undertaking. Writers of fiction have extra-active imaginations, and so they allow storylines and characters et cetera to flow from a rich imagination that is banked up by a lifetime of observation (a virtual plethora of research).

A friend of mine is a children’s writer, who has successfully written a trilogy with the main protagonist being a teenage girl who is half Australian aboriginal and half Scottish. Many years of being a teacher and school principal (having spent a great deal of that time with aboriginal children in the far north of Australia) have given him an insight into young minds from a variety of cultures; and originating from Scotland himself, he portrays a fine example of utilising considerable, observed research and personal history.

Locational research can be a major boon for all types of fiction; whether that be in the form of detailed surroundings for specific scenes in realistic fiction or, in the case of fantasy and sci-fi writers, to help fire imagination, providing relatable details for otherworldly settings. 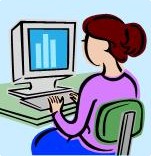 Internet research has become indispensable; who among us does not use the Net? Not many I’ll warrant. In fact, I’d wager that part of the reason we currently have a glut of writers, quite apart from the ease of ePublishing, is the ease of research via the Internet. And don’t get me wrong, I love having a wide range of information, quite literally, at my fingertips. However, let us not forget that most of that information is uploaded by parties who give no guarantees that it is rock-solid fact. For instance, I use Wikipedia but I have also corrected some quite glaring mistakes on that same Wikipedia. Libraries are less used these days, and the hard copies within them are used even less: have you noticed how the banks of computers in the libraries are always fully occupied? 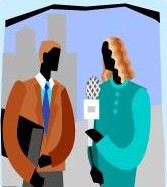 Oral research is a method not often used by authors of fiction, and yet interviewing people in regard to certain jobs or vocations (like piloting a jet or performing surgery), or experiences that are impractical to actually, physically experience yourself (like drowning) is quite logical. If you can’t actually experience something yourself, the best way to understand what it feels like – enough to make it appear real on the page – is to talk to someone or, better still, several people, who have experienced it.

Whether you are writing fiction or not, researching checkable facts is extremely important. My first two books were memoirs, constructs around memories, but those memories had

to be backed up by research in regard to timelines and other checkable facts. Told in the first person, the characters were portrayed the way they appeared to me at the time of the remembered experiences; however, there was considerable memory searching, internal research, to establish, among other things, what limiting beliefs I viewed reality through, as that child, which helped to form the impressions of those characters.

My three subsequent books were researched and written differently, not only from the memoirs but also from each other. The characters that populate my fiction just seem to appear and tell me their stories; however I suspect they are personalities I have encountered, if not in this reality then another, or perhaps they are aspects of my own nature? The truth is probably a combination of all of the above, together with what the life experience has taught me about people and what they are capable of doing. For writers of fiction there is a large, limitless bank of research material available, in this and many other realities, should you chose to explore.

My action/crime/thriller combines of a lot of my life experiences, skills and personal knowledge; the research entailed with that book involved filling in the shortfalls in my knowledge and or experience: making sure the details, timelines and checkable facts were accurate.

The characters were all too familiar ghosts that I breathed life into: textual research. Textual research is a process of empathy to imagine the inner lives of characters.

My speculative fiction story contains portions of some deeply held personal philosophies; entailing the examination of the very nature of my own beliefs (more internal research). The characters came to me through my psyche, as I’ve said in whatever way that happens (more textual research).

The story moves around the planet and so, backing up my own geographical experience and knowledge, a certain amount of research was needed there; however, the real challenging research (and I loved it) was in regard to Antarctica: in the event of a polar melt, towards the later part of the 21st century, what would be the likely political implications? What would the topography be like? What would be the probable locations for population centres?

My historical fiction research encompassed all of the methodologies mentioned in this post and, had the interviewer said, “I’m supposing you would do more research?” I would have simply answered, “Yes.”

The research for my historical fiction was long and arduous. It was however extremely rewarding. What began with an oral rendition of a little known episode in Tasmanian history: a chapter, inexplicably, not common knowledge even in Tasmania, let alone Australia and the world at large, took me two solid years to research and complete.

In terms of research, all books are not equal; however all writers, at least those who want to be taken seriously, need to do the research necessary for each, particular project. Not only do they owe it to themselves and their readers, should they not, they run the risk of a scathing review from a discerning reader with specialised knowledge. That alone is motivation enough for me to do the research.

How much research do you do?