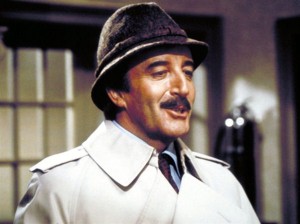 Why do people write non-fiction? I don’t mean the dry sort that people who ‘don’t have time for fiction’ read. They will never understand that storying is part of being human, whereas we know that the best fiction feels truer than reality, deep in a place where the birth of humanity necessitated art and the telling of tales.

Some of us though, we persist in thinking that reality is interesting too. We aren’t necessarily benighted artifice eschewers, we love the beauty of words all right. (Sometimes we put too many favourite words together and refuse to murder our darlings, just like real writers.) What’s more we read fiction to learn about our souls, it’s just that some aspects of real life aren’t usually allowed in stories.

I’m going to break a rule now and use some clichés…because I want to imply stuff that people say a lot. People say, ‘Truth is stranger than fiction,’ and they say, ‘You couldn’t make it up’. They are usually referring to the coincidental happenstance with remarkable results.

Consider our own David Antrobus. If you wrote a story about a chap who decided to drive to New York one day, and that day happened to be 9/11, so then the road trip became an exploration of life, trauma and empathy…people would say it was contrived, too much of a coincidence to be believable. But it happened and we would be infinitely poorer without the book, Dissolute Kinship.

I mentioned in a previous Getting it Right post that people can walk away from terrible situations in the strangest of ways but best not to pop them in a novel. But what about those stories? Aren’t we allowed to hear them? What about the day six people survived being thrown off a third-floor balcony by an electrified scaffolding pole? You’d only get away with that in a Pink Panther remake and even then the scriptwriters might baulk a bit. But it happened. When I drove ambulances for a living we’d send the occasional story to TV programmes such as Casualty, and mostly they’d be rejected as too bizarre for a workable script.

If blogging had been around in the ‘80s I might have given it a go, sharing the madness, but Tom Reynolds has done it instead. His blog, Blood Sweat and Tea, details everyday life on a front-line ambulance in London. To my shame, when someone first mentioned it I read a bit and just thought, ‘Yeah, nothing’s changed’. Hell, I’d been telling those stories in the pub since Reynolds was in nappies, even the lucky escapes were old news…already written into a damned fine first aid syllabus.

When I yawned I’d missed the point. People loved it, and not just the weird, funny stuff. The days when nothing out of the ordinary happened were fascinating to most readers too, and this brings me to my next point. Someone Else’s Normal. Blood, Sweat and Tea is a bestselling book series now, there are TV spinoffs, and mostly it contains the everyday, ‘you couldn’t make it up,’ about dossers, junkies, time wasters and stupidity. It would be a terrible novel.

There’s Bill Bryson too, the undisputed king of Someone Else’s Normal. I understood one of the most deep-seated characteristics of my helplessly British personality after reading a throwaway line of his about a nasty cup of coffee on a rainy day at the seaside. The best travelogues for me are about such minutiae, the things people have no idea that that other people do. You may not learn much about yourself when someone describes Niagara Falls—even if they use better words than awesome and thundering—but you can realise a thing or two about how where you grew up affects who you are, even as you grin, while considering that some of us are perplexed by doggie bags in restaurants.

‘She wondered, as he gazed lovingly into her eyes, whether it was politer to leave the leftover meatballs on her plate or ask to take them home.’ Maybe not.

Whether it’s an outlandish coincidence or the trivia of an alien normality, sometimes real life can be a window into the soul too. Which remains my excuse for having way too much fun for a writer.

14 thoughts on “Only Your Mum Will Read It”