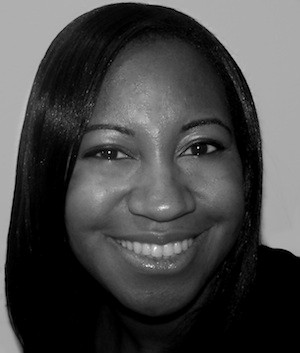 Some writers hate hearing that. They want to just be put in front of the right audience, or right producer, and let their story shine on its own merits. No gimmicks, and no marketing voodoo.

Luis Escobar says that approach would be wrong. As a man with keen eyes for a good story, and a lover of books and movies (and apparently geekery, if you venture into his Los Angeles studio office where he storyboards for The Simpsons television show), he lives and breathes in a fast-paced environment where marketing and pitching are constantly exercised.

So could indie writers and aspiring writers learn anything of value in terms of pitching their work? Escobar gives a resounding “yes.” He turns the tables and asks, “When you sit down to watch a horror movie, what are you looking for?”

Escobar emphasizes that this holds true for reading audiences and movie-goers (so even novelists can pick up a few tips in this department). People pick up high fantasy stories because they want to feel heroic, to feel magical, and feel the beauty and awe of a rich world so different from our own. When people describe to their friends the latest great movie they’ve seen, they often communicate what they liked about it, or what was so cool about it, thus enhancing what would otherwise be just a plot summary.

So how does this translate into pitching to an agent, publisher, or producer? Escobar said it’s not so much about communicating the plot or the story as it is about communicating emotions. “Your pitch should be about attitude,” Escobar says. “About getting the other person excited about your book. You have to hit emotional triggers.”

Erick Tran, CEO of IME Studios and creator of the Urban Reggie animated series, chimes in: “The writer needs to communicate characters clearly, what do they want to accomplish in their existence. How will they go about getting what they want?”

Tran touches upon something else that draws people in with a story pitch: any relatability or sympathy with the protagonist in the description is good. He also suggested as far as trends go, in tough economic times people seek underdog stories or fantasies.

Escobar says there are some practical steps to take for those trying to “break into the business.” He says they need to “[get] a reputation outside of the industry. Making a name for yourself opens a lot of doors. This isn’t a catch-22. If you can sell your stories and make money directly off an audience on your own, you’re in good shape.”

As far as using connections and networking, Escobar says, “Making friends with other [writers] and helping each other out is also good. You never know when a friend will hit it big and if you’re sincerely a friend, they will want to work with you. It’s not about ‘networking’ it’s about building friendships. People don’t work with “that dude from the party,” they work with their friends. Find people you have things in common with and would like to hang out with even if they weren’t in ‘the business.’”

Some of Escobar’s colleagues (ranging from artists to show creators and producers) share the rundown on how to pitch your story–including a bit of their own personal experiences:

How, and with whom do you get a meeting? Generally, it’s with a development exec. As for getting a meeting, most development execs don’t take meetings unless you have an agent or you come recommended by someone strong in the industry (usually someone they know).

How long do you have to win someone over? Meetings are usually set for 30 mins. But we all know you’ve got about 5 mins. If you win them over, they will keep listening.

What happens after the meeting? Don’t call us, we’ll call you….or your agent.

What are the absolute essentials you need to cover in the pitch? Premise, characters, and examples of individual episodes — and a pitch bible as a leave behind that covers those things.

What happens after the meeting?

At the end of the meeting, one of four things will happen. 1) Usually, they say thank you and tell you they’re going to “pass” and good luck. 2) If they like you, but not your idea, they’ll pass, but invite you to come back with other ideas. 2) They want to think it over before responding. They’ll ask you for a pitch bible as a “leave behind.” What this usually means is that they like your idea, and now they’re going to run it by someone above them. You’ll usually get either a call or a letter or email to tell you their decision. Sometimes they send back your pitch bible. If they like your idea, but aren’t ready to buy it, they’ll probably call you in for another meeting to talk about changes. 3) They buy it on the spot.

Any tips on what used to work, but doesn’t anymore? What is changing and why?

In the old days you didn’t need an agent, but now days, everyone is pitching shows, so they use agents to cut down on folks who might waste their time. You’ll probably hear stories about how stupid development execs are and that they don’t get things, but in my experience, they’re pretty sharp people. Just remember, the old saying with pitching is, the exec wants you to have a good idea — but he knows you don’t.

What’s trending right now? There is currently an overload of wizard school and deconstructed superhero ideas, so if your pitch is anything like that, you’d better have a super strong hook to separate it from the rest. Back when I first started pitching, when I was setting up meetings, every exec asked me if my show was sci-fi. Everyone was pitching sci-fi and they weren’t interested. Fortunately, my idea was comedy/action-adventure, so I got right in.

They won’t ask for every episode, but it’s a good idea to have one or two of your best ideas ready to roll. You want them to get excited about your idea and they want to get excited, too. Half of what they’re buying is the show, half is you. Do they like you? Are you someone they feel they can work with? Are you adaptable — willing to change your ideas to make the show more along the lines of what they’re looking for?

You need to know your show inside and out. They’ll usually ask questions about how stories would work or other character specifics — you need to be able to think on your feet. Don’t worry about pitching them stuff they won’t understand. There’s nothing you can pitch [that] they haven’t heard.

Some people pitch by using a memorized speech to make sure they hit all their bases. When they’re more comfortable, they tend to pitch “loose.” This means talking about your idea in a more relaxed way. This is the preferred way to do it. You still stick to the premise and characters as the main points, but you leave yourself room to jump around. This is why you have to know your idea inside and out because they’ll often ask questions in the middle of your presentation, which is good because they’re interested, but if you present with a memorized speech, it can throw you.

One last general rule given is “Play at the level of the room. If they’re high energy, rise to occasion. If they’re more downbeat, take it down a notch. And don’t try to be too “on.” Just be friendly and be yourself. And smile. Look them in the eye. They’re used to working with shy, creative types, so don’t worry about being nervous, but try to come off as upbeat, creative, and fun to work with.”

Alesha Escobar is a lover of good stories, of biting sarcasm and chocolate. She writes fantasy and urban fantasy, with a dash of romance and humor mixed in.

The Tower’s Alchemist is her debut novel, and she’s just completed the sequel, Dark Rift. She is currently drafting the final book of the Gray Tower Trilogy. Learn more about Alesha at her Amazon author page.