My LynneQuisition victim – er, guest – this month is David Gaughran. David probably needs no introduction to this crowd. He’s the author of a couple of novels and a short story collection, as well as the bestselling Let’s Get Digital about the nuts and bolts of indie publishing (which, as it happens, is 99 cents at Amazon this weekend). His new book, Let’s Get Visible, is all about marketing, which the gods know I need help with. 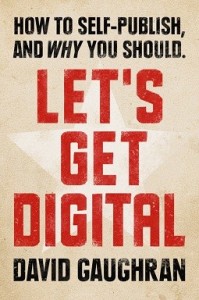 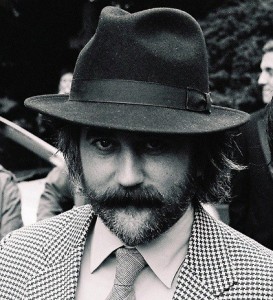 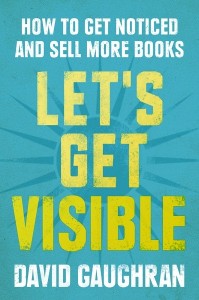 So David, thanks very much for writing this. Nearly all of the “how to” books about making money at Amazon are from the P.A.C. (Pre-Algorithm Change) era. I get the sense that you still think Select is worthwhile — at least for some authors, or for authors in some genres.

David: Select is certainly not as attractive as it was when the program first launched. That all changed when Amazon began testing new algorithms for the Popularity lists in March 2012, before making those changes permanent in May (if you aren’t sure what exactly the Popularity lists are, or confuse them with the Best Seller lists, read this).

After the changes, free downloads were only worth one-tenth of a sale instead of being weighted the same – resulting in a similarly large drop in the post-free bump when that visibility on the Popularity lists would translate into sales, and then shoot you up the Best Seller lists.

Those algo changes were just one of several steps Amazon has taken in the last year or so to reduce the power of free (by accident or design) and all the indications are that going free will bring less and less results.

Authors can still get a minor boost from going free, and some do very well out of borrows, but the program is rapidly losing its attractiveness. With other retailers making increasing efforts to reach out to indies, I feel that Amazon need to do something to increase the attractiveness of the program (or abolish the exclusivity requirement) or people will continue to leave.

I had a few good free runs, but never did very well out of borrows, and I’ve now rolled everything out of the program.

Lynne: One thing I learned from your new book is that Select is only for Amazon US. Silly me – I thought if you enrolled, it would carry across all Amazon platforms. Is there a comparable way to boost visibility on, for example, Amazon UK?

David: Select is open to everyone, and your books will automatically go free in the other Kindle Stores, but its features have less value outside the US. Amazon Prime is relatively new in other countries, and borrows are quite low. The big reader sites like Ereader News Today, Pixel of Ink, and BookBub don’t seem to have much reach in the UK (or the other countries with a Kindle Store), so getting a freebie featured on those sites doesn’t seem to impact ex-US numbers much.

On the other hand, the Popularity lists in the UK still use the old free-friendly algorithms, and any movement there can lead to a nice bump.

Lynne: You mention the recent changes in the Amazon Affiliates program. Do you see any good coming out of it for indies?

David: Sure. Large publishers were starting to get a handle on the power of free – as witnessed by The Da Vinci Code going free ahead of the release of Dan Brown’s latest. By the time they figure out free properly, we won’t just be on to the next thing, but the thing after that.

Indies will always be able to adapt and innovate faster than a large corporation, and the constant fog of war plays into our hands. Many publishers seem to think that e-book growth is plateauing and that things are going to settle down into some kind of order. This is a mistake. Chaos is the new normal. Indies should embrace this as it plays into our hands – as long as you don’t assume that what worked last year is a guaranteed route to success this year.

That aside, the other net effect of these affiliate changes is the forcing of reader sites to focus on 99c deals rather than free books. This is great as it (further) encourages indies to move away from 99c as a permanent price point, and gives added impetus to price-pulsing (running sales at 99c on a regular basis to boost sales) – which can be an extremely lucrative strategy.

Lynne: I’m a set-it-and-forget-it kind of person, particularly since I have a day job. For those of us who are short on promotional time, what are two or three big things we should be concentrating on?

David: The strategies in Let’s Get Visible are all designed to free up more time for writing (and the rest of your life). But if you wanted me to pick out three big things to focus on, I’d suggest:

(a) Mailing list. If you don’t have one, get on this today. Make sure the sign-up link is in a visible spot on your blog/website and a clickable link in the back of your books – preferably the first thing that readers see when they finish – because the author with the biggest mailing list wins. Try and drive sign-ups every so often, particularly in advance of a new release. You can do that with things like posting excerpts, cover reveals, competitions, or when you are just talking about an upcoming release, like I did here.

(b) The category system on Amazon is central to discoverability and visibility on Amazon, and choosing the correct sub-category for your work is crucial. You can read an excerpt from Visible on categories here. That should give you some pointers about which category to choose, and when to change them.

(c) This is going to start off basic and then get to the useful stuff so bear with me. Don’t price permanently at 99c (unless it’s a short story or the lead-in to a series). Test prices between $2.99 and $4.99 to find the sweet spot which maximizes revenue. Doing this will also allow you the freedom to run regular sales at 99c. However, 99c alone isn’t a discovery mechanism – not anymore – so you need to combine it with something else, like an ad with one of the big reader sites, or a group promotion with a bunch of other authors (or, for best results, both). Okay, everyone knows that part. But you can’t always get the ad spot you want and you probably can’t come up with a new promotional wheeze every month. That’s okay. Sales ebb and flow, even for the biggest sellers. Pick and choose your promo battles – I can’t stress this enough. Don’t go all out promoting a book one month, when the next in the series is out the following month. Keep your powder dry for that new release, when every reader you reach will have more books to buy. I sold around 300 books in April as I was finishing up a book and had no promotions going. I sold 3,600 in May when I had a new release and turned on the promo juice. In short, cluster your promos together when they will have most effect, and don’t worry if your sales slide in-between while you are working on something new (which should always be your primary focus).

Lynne: Let’s talk about vanity presses for a minute. I loved your suggestion that SFWA threaten to de-list Penguin if they don’t make some changes at Author Solutions. Has that gotten any traction?

David: I’ve been blogging about Author Solutions for a while, but the post I wrote in May – The Author Exploitation Business – went a little viral with over 10,000 views. And what was really heartening was that, for the first time, people from traditional publishing were commenting and re-tweeting, and asking tough questions of Penguin.

Penguin has remained silent; they don’t seem to care what writers think of their scammy operation. I suggested that the SWFA threaten to de-list Penguin (more in hope than expectation), after similar actions led to Random House changing the awful terms on their digital imprints. I’m a regular reader of (outgoing) SWFA president John Scalzi’s blog, where he regularly defends authors’ rights, but as far as I’m aware he has never posted about Author Solutions or Penguin’s purchase. That’s a shame.

But this isn’t just about the SWFA. I’d like to see all the writers associations put Penguin under serious pressure instead of giving them a pass. But when I see organizations like the Authors Guild funneling writers into the clutches of Author Solutions, I don’t hold out much hope.

We need to make the association with Author Solutions toxic.

Lynne: I completely agree with you! On a more cheerful note, would you be willing to talk about your current fiction WIP?

David: In my typically unfocused manner, I’ve got two on the go right now. Bananas for Christmas is the story of America as it moves from The Gilded Age to a new era of Imperialism, of a revolution born in a New Orleans brothel, and the nation’s most famous soldier of fortune, a color-blind railroad engineer who becomes the head of the Honduran Army (the real-life figure of Lee Christmas).

While I’m supposed to be finishing that, I’m generally cheating on it with a (comic!) dystopian novella about two bums who get inveigled into a sick reality show. The show (and the book) is called Super Tramp. I hope to get both out over the summer, but I’ve no idea which will come first!

Lynne: I will look for them. Anything I forgot to ask?

David: You forgot to ask me to keep my answers brief! Apologies, I do ramble. Blame the absinthe.

Lynne: I’ll do no such thing. This is all terrific advice – thank you!