For this month’s LynneQuisition, we turn to someone who knows the answer to a question we’ve probably all thought about: What does the EM have stashed in that footlocker in the basement? Oh, wait. That’s the wrong question. The one I meant was: What would it be like to work with Amazon Publishing?

Jodi McIsaac knows the answer. She first self-published her urban fantasy Through the Door, and then Amazon’s 47North imprint called. 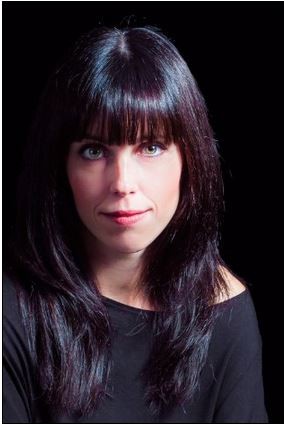 Jodi: The acquisition editor at 47North contacted me and asked if I would be interested in publishing with them. We had a couple of discussions over the phone, and then they made me an offer. I don’t have an agent, but I’m definitely not opposed to the idea if it was a good fit.

Lynne: How much of a platform had you built for your book before you signed with Amazon Publishing? And do you think that was a factor in their interest?

Jodi: I definitely think the platform I had built played a part in catching their interest. Through the Door was selling quite well as a self-published novel, and had been the #1 science fiction/fantasy download on Amazon during the five days it was free as part of the KDP Select promotion (it had been downloaded over 60,000 times). The book had received hundreds of reviews at that point, the vast majority of them four- or five-star, and I also had a lot of reader engagement over on my Facebook page. So I think they saw that I could not only write a good book, I also knew how to market it, which is important for any writer these days, whether indie or traditional. And they saw that readers were responding to it very enthusiastically.

Lynne: How much input did Amazon give you into things like the cover art and editing?

Jodi: LOTS, which is one of the reasons I love working with them. They say that they want to be the world’s most author-centric publisher, and to that end they involve the authors as much as possible. With 47North, all editorial suggestions are just that—suggestions. Of course, my editor is brilliant so I pretty much do whatever she says. =)

As for the cover, it really is a collaborative effort. For example, I’m really opposed to the contortionist poses that so many women on urban fantasy covers are placed in, so I banned that right from the start. And my protagonist isn’t an overly-sexualized character. She’s a single mom, more comfortable in jeans and a t-shirt than in a leather halter top, tramp stamp, and accompanying weapon, which also seems to be the norm for urban fantasy covers. So my rules were “no spine-twisting,” “no tramp stamps,” and “no halter tops.” I prefer abstract, eye-catching covers with bold colors, and I wanted a cover that said “adventure” over “romance” and was relatively gender-neutral. They asked for samples of covers I liked and covers I disliked, as well as reasons for both, along with any mood words or other pictures that might serve as inspiration. For my second novel, Into The Fire, I made them a Pinterest board of ideas. They take all of my suggestions and preferences and ideas and hand it over to the designer (the excellent Gene Mollica), who probably curses me but then comes back with some initial treatments, and we go back and forth from there until everyone is happy. I feel that the cover is a crucial part of getting people to even glance at the book, so it’s worth a lot to me that I’m able to be part of that process.

Lynne: What kind of help are they giving you with promotion?

Jodi: 47North’s ability to promote Through the Door is one of the reasons I decided to go with them in the first place. Some of their promotions include targeted emails to people who have bought similar books on Amazon, the Kindle Daily Deal, banner ads on Amazon.com as well as on select Kindle devices, Advance Review Copies out to bloggers and reviewers through Netgalley and other avenues, blog post opportunities on the various Kindle blogs, and other promotions that I’m probably not even aware of. Like any author, I still have to do a fair amount of my own marketing, such as maintaining a social media presence, my own website, contests, local media, arranging book signings, things like that. But there’s no way that as a self-publisher I’d be able to give Through the Door the kind of exposure Amazon can pull off.

Lynne: Without being specific about the numbers if you don’t want to — how does the royalty compare, pre- and post-signing?

Jodi: I can’t talk specifics, but I can say that of course one does make a higher royalty percentage as a self-publisher than one does with a publisher who has to pay for developmental editors, copy editors, proofreaders, cover designers, author liaisons and the marketing/PR team. So one has to decide if the editorial support and promotional clout (which usually translates into higher sales) are worth the cut in royalty percentage.

Lynne: Let’s say 47North came knocking on my door (which is far-fetched, given my current sales numbers, but work with me here). What factors would you suggest I consider in weighing their offer?

Jodi: There are pros and cons to any model of publishing, of course, and a lot of it depends on your goals as a writer. Amazon’s publishing imprints don’t have a huge presence in physical bookstores, so if that’s really important to you, then that’s something you’d want to consider. I have yet to find an independent bookstore that will stock my book (because it’s published by Amazon), though some of the larger bookstore chains are happy to sell it and have hosted signings for me. If you’re self-published and having Hugh Howey-level sales, then maybe you don’t need the promotional help and want to keep the larger royalty percentage. But so far I’ve found that working with 47North is the best of both worlds—I have the creative control of a self-publisher, but someone to do the heavy lifting for me when it comes to marketing and promotion. As well, I love having the editorial support and knowing that there is a team of people out there working to bring my books to readers. Writing is a solitary enough affair, and publishing is a hard business. Sometimes it’s nice to know you’re not all alone out there.

Lynne: I hear you! Anything I forgot to ask?

Jodi: I often get questions from writers who ask how they can submit to 47North, but according to the Amazon Publishing website, they’re not currently open to unsolicited submissions. But if you do want to attract their attention, I’d suggest writing a well-written and well-edited book, self-publishing it, and then marketing the hell out of it. At least that’s how it worked for me. =)

Lynne: That’s how it’s supposed to work, period. Jodi, thanks for taking a turn on the hot seat.

And if you, dear reader, would like to know more, you can check out Jodi’s blog by clicking right here.