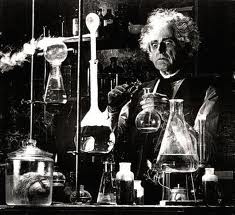 Are you tired of laboring in obscurity? Maybe you’ve been following some bad advice. A lot of authors will tell you, “Don’t write for an audience. Write the book you want to read.”

That’s great advice if you don’t want an audience. If you want one, you have to write for them. Wake up, Skippy. Writing is a business.

It’s a long standing tradition in the business world to take two things that already exist, slap them together and call them something new. Both steam and boats had already been invented by the time Eli Wallach got the idea to put them together to invent the airplane.

You can do the same thing. Take two book ideas that have already proven successful and put them together into your own brand-spanking new book. I checked the New York Times (a publication of some sort), to see which titles are the top five bestselling mass market paperbacks. I’ve listed those below, each with its description. Beneath each title, I’ve re-invented each book with a new description, using proven bestseller plots just to demonstrate how easily this can be done.

THE LITIGATORS, by John Grisham. (Dell, $9.99.) Partners in a small law firm take on a big case after a fast-track burnout joins them.

JURASSIC LITIGATORS, by You. (Evil Mastermind Press, $9.99.) Partners in a small law firm fight to get giant prehistoric carnivorous reptiles on the endangered species list, against the wishes of the inhabitants of an obscure island.

HAPPY BIRTHDAY, by Danielle Steel. (Dell, $7.99.) Three very different people — a woman, her daughter and a former football player — arrive at their own crucial turning points on the same day.

THE ORDER OF THE HAPPY BIRTHDAY, by You. (Evil Mastermind Press, $7.99.) Three very different people — a red-haired guy, a guy with glasses, and a chick  — arrive at their own crucial turning points on the same day while graduating from wizard school.

LETHAL, by Sandra Brown. (Grand Central, $7.99.) A woman, her daughter and a desperate man accused of murder evade the authorities as they search for her dead husband’s secrets.

50 SHADES OF LETHAL, by You. (Evil Mastermind Press, $7.99.) Two sexy women and a sexy desperate man accused of murder evade the sexy authorities as they all have sexy sex.

SAFE HAVEN, by Nicholas Sparks. (Grand Central, $7.99.) The arrival of a mysterious young woman in a small North Carolina town raises questions about her past.

UNSAFE HAVEN, by You. (Evil Mastermind Press, $7.99.) The arrival of a mysterious young woman in a small North Carolina town raises questions about her past. Mostly because she is an emo teenage vampire groupie.

PRIVATE GAMES, by James Patterson and Mark Sullivan. (Vision, $9.99.) A journalist and a member of the private investigative firm pursue a murderer who is trying to destroy the London Olympics.

PRIVATE HUNGER GAME OF THRONES, by You. (Evil Mastermind Press, $9.99.) A journalist and a member of the private investigative firm are forced to compete to the death against a backdrop of medieval intrigue.

See how easy that is? You’re welcome.