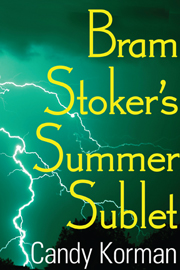 Instead of spending the month of July on her honeymoon in Italy, Willie is pet/apartment sitting on Tompkins Square in New York. As she tries to reboot her life, she watches too many woman-in-jeopardy movies on TV and pays entirely too much attention to the pontificating parrot in her care. As she regains her equilibrium, she comes to the radical conclusion that the attractive man next door is a vampire.

Written in diary entries, voice mail, email, etc., this is a comic 21st Century Dracula. It’s the second in the Candy’s Monsters ebook series of novellas inspired by horror classics.

Bram Stoker’s Summer Sublet  was released on July 10, 2012 by Lymehouse Productions. It is available on Amazon.com and Amazon UK as an e-book.

I am going to share a very important secret with you. It is part of what makes IU successful. It helps me sell books. It helps my friends. It helps the community. And you can do it from the comfort of your own bathroom (or kitchen…whatever). It’s called pimping, and you don’t even need a feather hat (it helps though).

END_OF_DOCUMENT_TOKEN_TO_BE_REPLACED 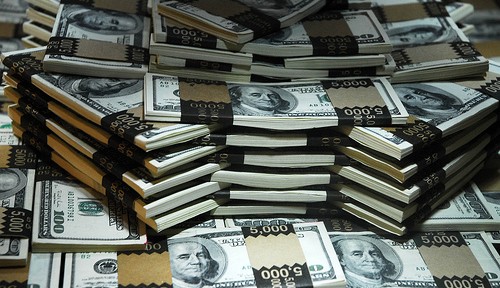 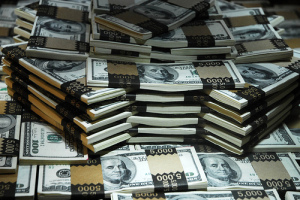 My introduction to the realities of book sales came in junior high school. I was one of two finalists for a story contest in Language Arts class, and my competitor’s story was a literary masterpiece. I don’t remember the plot exactly, but her story involved an orange cat and the writing was so offbeat and lyrical and deep that I knew she had a special talent and deserved to win.

My story wasn’t even good enough to be considered ordinary in my own mind. But my characters were named after each student in the class, and I put the girls in situations with their guy crushes and made several of the jocks fall face-first into a pond, plus other giggle-inducing drivel. So when the class voted for the winner, I won by a landslide. END_OF_DOCUMENT_TOKEN_TO_BE_REPLACED

It was one of those things: a chance encounter filled with intrigue and temptation. He had intense, dark eyes with a powerful passion smoldering just below the surface. I was drawn to him. Next thing I knew, we were standing face-to-face, and he was saying things to me in French that made me swoon. Of course I kept my cool. I didn’t want Mr. Tall, Dark and Dangerous to know that he’d gotten under my skin.

Then, in his incredibly sexy Middle-Eastern accent, he said something to me. It was lyrical and captivating and it rhymed. “You’re the author K. S. Brooks. May I ask you a question about my books?” END_OF_DOCUMENT_TOKEN_TO_BE_REPLACED